The New England Patriots will play their fourth primetime game in five weeks this Sunday night at Gillette Stadium. Their opponent: the Green Bay Packers.

Here are four things to know about the Packers, who enter the weekend with a record of 3-3-1:

1. We’ll see a rare Brady-Rodgers matchup
Tom Brady and Aaron Rodgers are two of the greatest quarterbacks in history, and they’ve squared off just once, not including a relief appearance the latter made against the Patriots back in 2006. That lone meeting came at Lambeau Field in 2014, with Rodgers’ Packers prevailing 26-21 on the back of a 368-yard, two-touchdown, no-interception performance by their star QB.

This will be the Rodgers’ first regular-season visit to Gillette, as he was injured when Green Bay last came to Foxboro in 2010.

Rodgers has posted a triple-digit passer rating in four of the Packers’ seven games this season — including each of the last three — and has thrown 13 touchdown passes with just one interception. His weapons are a mix of veterans (Davante Adams, Randall Cobb, Jimmy Graham) and relative newcomers, like third-year pro Geronimo Allison and rookies Marquez Valdes-Scantling and Equanimeous St. Brown.

2. They nearly upset the undefeated Rams on Sunday
The Packers clung to a one-point lead late in the fourth quarter at the Los Angeles Coliseum but couldn’t hold on. Greg Zuerlein booted a field goal with 2:05 remaining to put the Rams ahead 29-27, and running back Ty Montgomery lost a fumble on the ensuing kickoff, infuriating his teammates and allowing L.A. to drain the remainder of the clock.

Rodgers, who’s engineered many a late-game comeback in his career, including two this season, never got the ball back, and the Rams escaped to improve to 8-0.

3. They were busy at the trade deadline
The Packers made two significant trades Tuesday, sending starting free safety Ha Ha Clinton-Dix to the Washington Redskins and Montgomery to the Baltimore Ravens.

Though his play has declined since his Pro Bowl nod in 2016, Clinton-Dix had played every defensive snap this season for the Packers and led the team with three interceptions before the trade. He’ll likely be replaced by some combination of Kentrell Brice, Josh Jones and Jermaine Whitehead.

The Montgomery trade — which came two days after his costly gaffe in L.A. — solidified Green Bay’s backfield tandem of Aaron Jones and Jamaal Williams. Jones has been particularly efficient this season (NFL-best 6.2 yards per carry) but has carried the ball just 44 times in five games, for which head coach Mike McCarthy has faced criticism. He logged a season-high 12 rushes against the Rams, though, finishing with 86 yards and a touchdown.

4. Bill Belichick is very high on the Packers’ rookie cornerback
Had Jaire Alexander slipped to No. 23 in the 2018 NFL Draft, Isaiah Wynn might not be a member of the Patriots organization right now. Belichick was incredibly complimentary of Alexander, whom the Packers drafted 18th overall out of Louisville, during his conference call with Green Bay reporters Tuesday.

Asked what stands out to him about Alexander, Belichick replied: “Everything.”

“He’s a great player,” the Patriots coach said. “He’s going to have a great career in this league. We thought that was an excellent pick. It was a little bit ahead of where we were picking. He was certainly one of the top players on the board. He’s a great kid, has great energy, loves football and has great football skills. … He’s got a great future in this league. I think he’ll be one of the top corners in the game for quite a while now.”

Alexander had the best game of his young career against the Rams, breaking up five Jared Goff passes and playing every defensive snap. 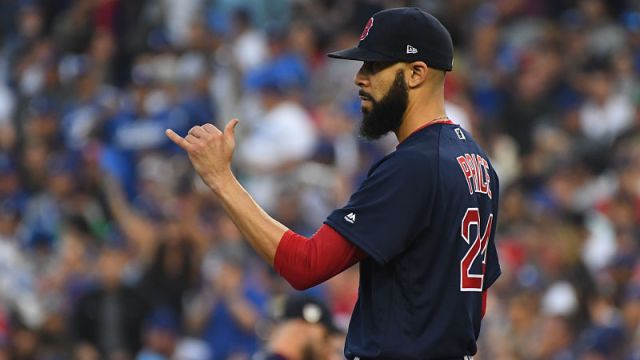 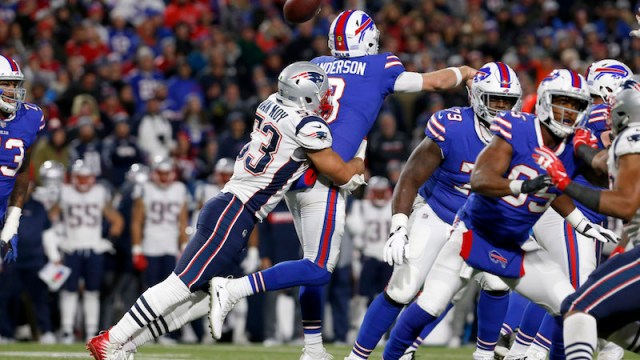