If you want to beat the New York Yankees, it should go without saying you have to contain sluggers Giancarlo Stanton and Aaron Judge. Just ask the Oakland Athletics.

The A’s were on the wrong side of the Bronx bash brothers Wednesday night, as both Judge and Stanton went very deep in the Yankees’ American League wild-card game win.

That win sets up a best-of-five AL Division Series with the Boston Red Sox, and if Boston wants to finally break through the American League Championship Series, they’re No. 1 objective is very simple: They have to make sure they keep the ball in the ballpark when the Yankees are hitting.

Counting the wild-card game, the Yankees are a downright silly 91-41 when hitting at least one home run in a game. When they hit two or more dingers, they’re 63-15. Keep the ball in the yard, though, and you’ve got a much better chance of beating them. The Bronx Bombers went just 10-21 on the rare occasions they didn’t lift off.

Obviously, controlling that starts with Stanton and Judge.

“We’ve gotta keep it in the ballpark; that’s the most important thing,” Red Sox manager Alex Cora said Thursday. “From top to bottom, they can hit the ball out of the ballpark. It’s a tough lineup.”

OK. So that makes sense. But how?

Game-planning takes on a greater importance this time of year. Take last October, for example. The Houston Astros, with Cora as their bench coach, noticed how passive the Red Sox were at the plate. Houston pounded the strike zone, put the Red Sox in deep holes, and largely kept the Boston bats at bay en route to a four-game series win.

No doubt Cora and his coaching staff are working like hell to formulate a new plan for the Yankees, particularly Judge and Stanton, ahead of the ALDS. Chances are, the game plan will be fairly complex, but the overall idea is pretty simple.

“Like I’ve been saying, there’s heat maps. There’s red and there’s blue. We’ve gotta pitch to blue,” Cora said. “If we do that, we’re going to be in good shape.”

Fair enough, seems like a good enough place to begin.

Let’s start with Stanton. Here’s his OPS heat map vs. all pitchers for 2018. So it doesn’t take the baseball equivalent of a rocket scientist to figure this one out. If you want to limit the damage against Stanton, your best bet is to work up in the zone, especially early in the count. That’s been the plan for Red Sox ace Chris Sale, who has had good success against Stanton in his career, striking him out in three of six at-bats.

That included an April 10 showdown when Sale went right after the Yankees slugger. All three pitches were fastballs, and two of them were swinging strikes.

Stanton will chase, too. He was in the top 30 among qualified AL hitters when it came to swinging at pitches outside the zone, and his contact rate on those pitches was the sixth-worst in the league.

You have to figure much of the Red Sox’s strategy will rely on working at the top of the zone, especially at Fenway Park where it’s less likely Stanton can reach and poke a home run down the right-field line like he can at Yankee Stadium. In the Bronx, it’s more likely they’ll have to work inside to the big righty.

That’s probably going to be what the Red Sox will do when they have a right-hander on the mound, whether it’s Rick Porcello or Nathan Eovaldi in Games 3 and 4 or the Boston bullpen. As you can see in the heat map, not only is there some weakness up around the hands, but if you can get Stanton to chase breaking stuff down and away, you’ll likely have success.

Here’s a good example from Aug. 4. Eovaldi gave Stanton nothing but cutters and breaking balls, eventually getting him to chase a slider out of the zone for the strikeout.

Look at pitch No. 5 — the strikeout pitch. Down and away. The problem with this line of attack is that you best not make a mistake, as Blake Treinen can attest.

Absolute nothing-slider, and Stanton hits it to Yonkers. But this can’t be overstated: You can’t miss with Judge. He hurts mistakes.

Going back to the wild-card game, Oakland catcher Jonathan Lucroy set up outside in the first inning against Judge, which, like we said, is where you want to be. Liam Hendriks, however, made a mistake.

There’s an obvious hole down and in, which, going back to some of Judge’s at-bats vs. the Red Sox this season, is something they tried to exploit.

We’ll go back to May 8 for an at-bat vs. Drew Pomeranz as an example. Pomeranz set the tone by burying a fastball to the perfect spot down and in on the first pitch of the at-bat. That set the tone for the rest of the AB, with the Red Sox working the inner half with a mix of curveballs and fastballs.

Then, once they had Judge looking in, Pomeranz hit a spot with a 90 mph fastball off the corner that Judge could only flail at. It’s also not entirely surprising Judge has pretty awful numbers vs. Sale and David Price, going 5-for-29 with 16 strikeouts. Both pitchers have very good breaking balls and offspeed pitches. Sale on June 30 struck out Judge three times, and eight of the 15 pitches he threw Judge were either changeups or sliders.

Of Judge’s 152 strikeouts, 58 came on breaking balls, and he had a staggering 53.2 percent whiff percentage on changeups. That’s how left-handers like Sale and Price can neutralize the right-handed hitting Judge.

So when you break it all down like that, it’s pretty simple, right? Just devising the game plan is simple enough, but the Red Sox have to go out there and execute. It’s possible they still lose the series even if they’re able to neutralize Judge and Stanton, because the Yankees have such a loaded lineup, not to mention quality starting pitching and bullpen.

Boston undoubtedly will have its hands full, but keeping Stanton and Judge in the ballpark will go a long way to helping them get by their longtime rivals. 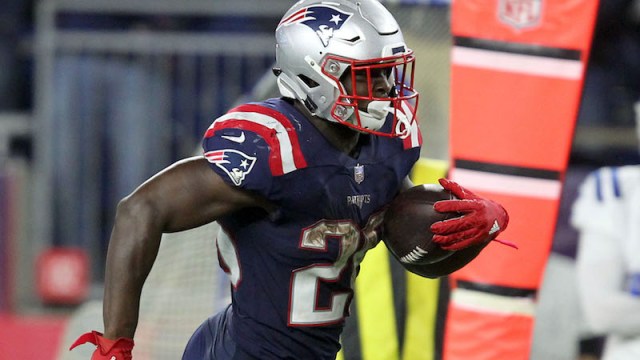 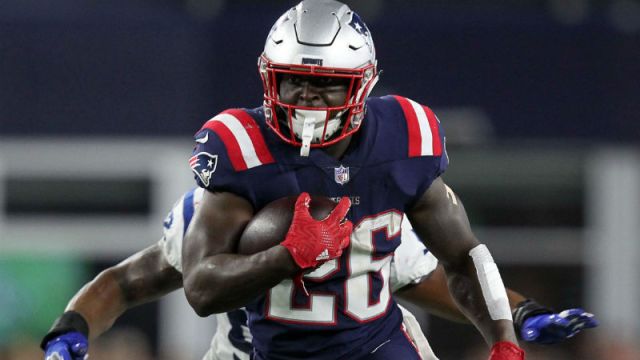 Sony Michel Breaks Down Game-Sealing Touchdown Vs. Colts: ‘It Was Wide Open’