Steve Pearce Has Wildly Different Opinion Of Manny Machado Than Most - NESN.com Skip to content

Between egregiously dirty plays to overtly saying hustling isn’t his thing, Machado has drawn the ire of plenty this postseason. But that’s nothing new to Boston Red Sox fans, who mostly have abhorred Machado for some time — especially after his feuding with the Red Sox early on in 2017.

While some Red Sox (Chris Sale) have moved on, others (Matt Barnes) have not. And with the Red Sox and Los Angeles Dodgers set to meet on the biggest stage, some of the tension between the two sides could be exacerbated in a big way.

One Red Sox, however, is a pretty big Machado fan — a huge one, in fact. Steve Pearce, who played alongside Machado with the Baltimore Orioles, had a ringing endorsement of his ex-teammate.

“He’s misunderstood,” Pearce said WEEI.com’s John Tomase on Monday. “He’s the best person I know. Him and his wife are awesome.

“I’ll stand by my comment — he’s the best person I know in this game,” Pearce said. “So when I see what’s going on now, it makes me sad, because he’s getting booed and he may be making some questionable plays, but he wears his heart on his sleeve, which a lot of people do. You hope that he turns it around and starts playing baseball the right way, the way he’s capable of playing.”

“That’s why it’s really shocking to me when I see everything that’s going on,” Pearce said. “I’m like, ‘Man, Manny. What are you doing? Come on, man.’ I’m probably going to hang out with him three or four times during this series, because he’s one of my best friends in the game. I love the guy. When I see what’s going on, I kind of want to wonder why, what’s the disconnect, what’s going on, because he’s not that guy. He’s not. He’s better than that.

“He’s probably getting caught up in the moment. It’s heated. You’re trying to make it to where we are today. You’re trying to go to the World Series. You don’t like grounding into double plays in big situations, so he’s probably just letting emotions get the best of him. But I’ll say it again — he’s the best person I know in this game.”

Considering Pearce is a seasoned veteran who has been around the big leagues for quite some time, that’s no small praise. Be that as it may, it’s almost inevitable Machado is going to find a way to get under the Red Sox’s skin at some point over the coming days. 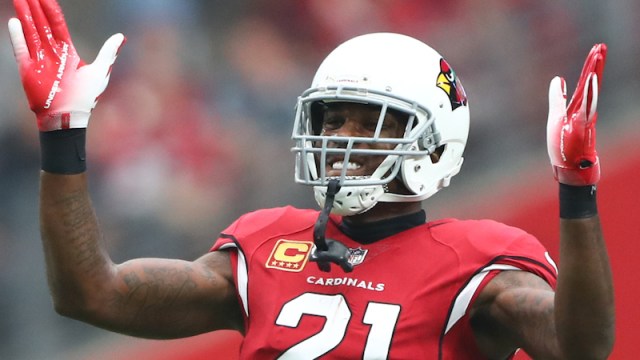 Patriots Showing Interest In Trading For Patrick Peterson, Per Cornerback 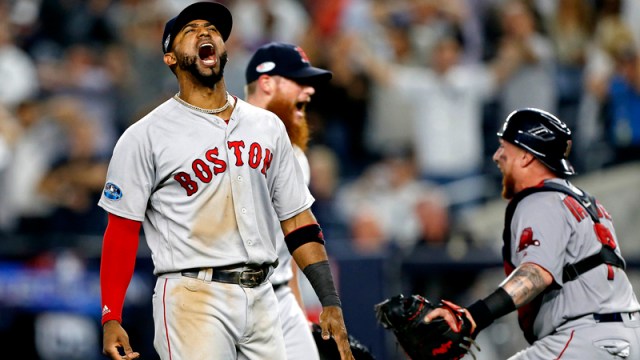