NFL quarterbacks have to use their heads, but Blake Bortles may have misinterpreted that phrase.

The Jacksonville Jaguars quarterback struggled early against the Kansas City Chiefs on Sunday, throwing zero touchdown passes and two interceptions in the first half. And one of those interceptions was … not pretty.

Facing a second-and-goal from Kansas City’s 3-yard line with just 14 seconds remaining in the half, Bortles fired a pass off his own offensive lineman’s helmet and right into the arms of Chiefs cornerback Steven Nelson.

Blake Bortles' pass is PICKED off in the end zone.

And the @chiefs break out the tip drill ??

The pick was Bortles’ fifth in just five games this season, so Jacksonville will need its QB to avoid chucking passes off his teammates’ helmets if it’s serious about competing for an AFC crown. 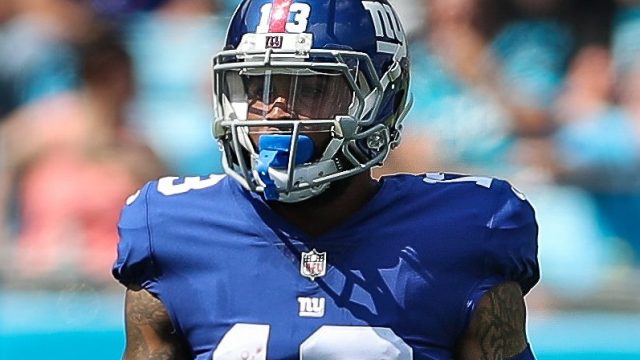