Jackie Bradley Jr. is on some type of tear.

The Boston Red Sox center fielder put the dagger in the Houston Astros on Tuesday in Game 3 of the American League Championship Series with his eighth-inning grand slam, and JBJ was right back at it Wednesday night in Game 4.

With the Red Sox trailing the Astros 5-4 in the top half of the sixth inning at Minute Maid Park, Bradley put his team back on top when he destroyed a two-out, two-run home run.

JBJ has done it AGAIN.

Can you believe it? #ALCS pic.twitter.com/U2uoYLdZr7

Bradley struggled at the plate for the majority of the regular season, but he’s getting hot at the perfect time as the Red Sox try to put away the reigning World Series champions. 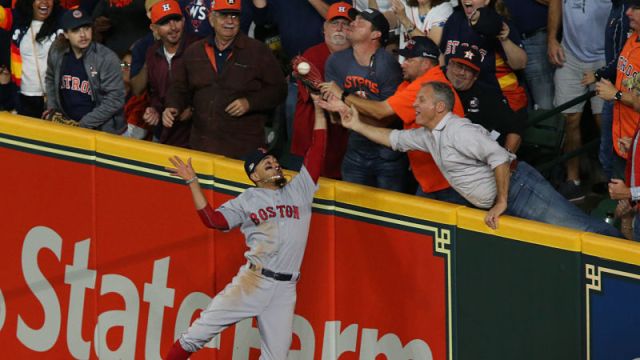