The New England Patriots wide receiver found the back of the end zone in the second quarter of Sunday night’s matchup against the Kansas City Chiefs at Gillette Stadium. Edelman caught a 17-yard pass from quarterback Tom Brady on 3rd-and-10, his first since the 2016 AFC Championship game.

Oh, he also had time to adjust his glove before catching the floater.

TB12 floats it to @Edelman11 for the score. #KCvsNE

His surgically repaired ACL seems to be just fine. 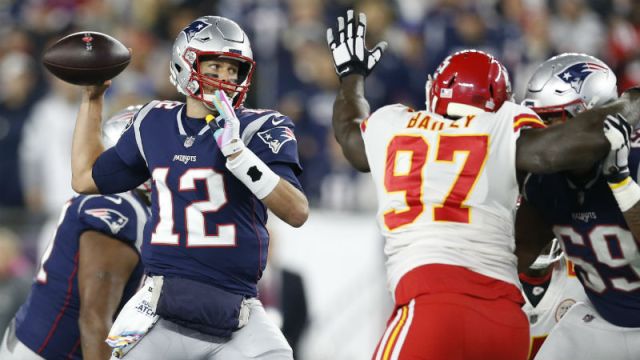