Why Stephen A. Smith Believes Red Sox Are 'Nervous' About Facing Yankees - NESN.com Skip to content

The Boston Red Sox won 108 games during the regular season. They finished eight games ahead of the New York Yankees, who needed to defeat the Oakland Athletics in Wednesday night’s American League Wild Card Game to arrange a date with Boston in the ALDS.

But October is a whole different beast, and ESPN’s Stephen A. Smith — a huge Yankees fan — believes the Red Sox are “nervous” about facing the Bronx Bombers. As such, Smith is “very confident” New York will defeat Boston this postseason to move one step closer to the 2018 World Series.

Listen to Smith’s explanation, from his radio show Thursday, in the video below.

This marks the first time the Red Sox and Yankees have met in the playoffs since 2004, when Boston overcame a 3-0 deficit in the ALCS to defeat New York en route to the franchise’s first World Series title in 86 years. The Red Sox since have won two more titles, in 2007 and 2013, while the Yankees took home Major League Baseball’s crown in 2009.

None of that matters this year, obviously, especially with new superstars leading both teams. Crazy things tend to happen when the Red Sox and Yankees lock horns, though, and the winner of the series could be whichever team is better equipped mentally to handle the intensity of the rivalry. 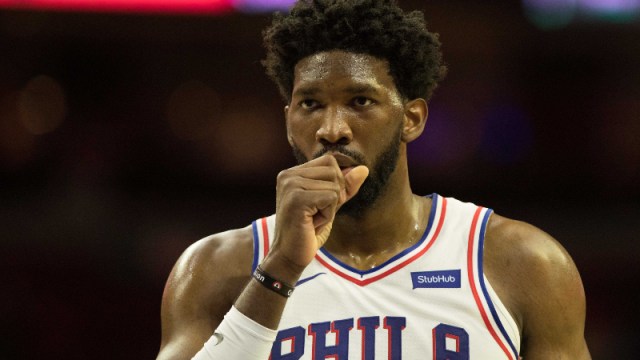 Red Sox ALDS Roster: Here’s What Sox Are Going With Vs. Yankees