Late in the first period against the Colorado Avalanche, captain Zdeno Chara went to deliver a hit on Carl Soderberg along the boards. Once Chara made contact, though, his left knee flexed inward causing him obvious discomfort. He skated gingerly for the rest of his shift but did not return to action after the first period.

With Chara out, the Bruins were left with Torey Krug, Jeremy Lauzon, Steven Kampfer, Matt Grzelcyk and John Moore to play heavy minutes in the Mile High City. Four of the remaining five defensemen logged more than 20 minutes of ice time and eventually wore down as the Avs potted four third-period goals to grab a 6-3 win.

The Boston Globe’s Matt Porter noted after the game that Chara was seen walking out of the building without crutches, but there were conflicting reports about whether he was wearing a brace.

Even if Chara isn’t lost for an extended period of time, it seems unlikely that he would play Friday against the Dallas Stars, meaning 2015 first-round pick Jakub Zboril will make his NHL debut. Boston recalled Zboril earlier this week to serve as an emergency defenseman. He would become the third rookie defenseman to make his debut for the Bruins this season, joining Vaakanainen and Lauzon.

A few weeks ago there were questions about whether or not the B’s had too many NHL defensemen, but things can change quickly in the NHL. And they have for Boston.

Here are more notes from Bruins-Avs:

— In the battle of the first lines, Colorado came out on top. The Avs got goals from Mikko Rantanen, Nathan MacKinnon and Gabriel Landeskog, while the B’s only got the Pastrnak power-play goal from their top line. Colorado’s trio combined for six points in the win.

— Cassidy mixed up the rotation during the second period, bumping up DeBrusk to skate with Patrice Bergeron and Brad Marchand, with Pastrnak skating alongside David Krejci and Joakim Nordstrom. 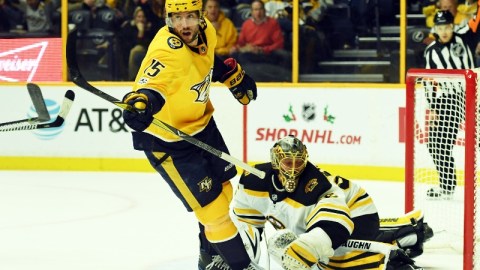 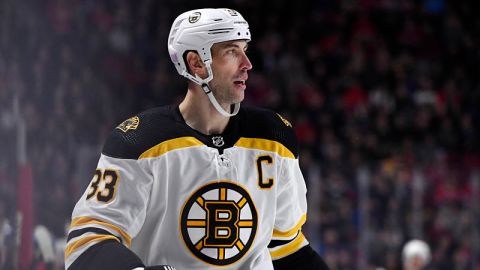 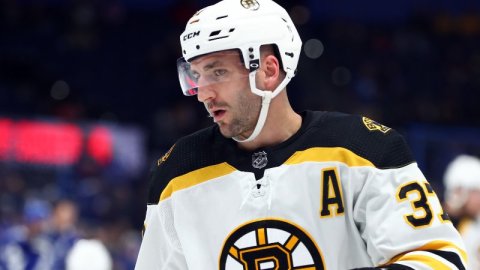