The Celtics, on the second night of a back-to-back, once again found themselves facing a considerable deficit on the road. However, there was one glaring difference in the Celtics’ matchup with the Utah Jazz vs. Boston’s matchup with the Phoenix Suns on Thursday.

Kyrie Irving was sensational against the Suns, scoring 18 fourth-quarter points to help the Celtics come all the way back from a 22-point deficit. Irving kept it rolling in overtime, notching six points in the extra frame to guide Boston to victory.

But Irving wasn’t in the fold (personal reasons) against the Jazz, and his absence certainly was felt.

After Utah grew its lead to as large as 20 in the second half, Boston began to chip away and eventually got to within four with just under eight minutes remaining in the fourth quarter. Despite having more than enough time to complete a comeback and potentially steal another win, the C’s let their resiliency go to waste, missing 10 of their final 16 shots of the game en route to a 123-115 loss.

Boston’s offense lacked rhythm down the stretch, as the visitors continued to rely on pull-up 3-pointers in hopes of getting back in the game. The story was much different Thursday night, as the attack ran through Irving, who managed to get his teammates involved all while sinking basket after basket.

There’s no doubt the Celtics are capable of getting it done without Irving, as the club marched to the Eastern Conference finals last season after his season-ending knee surgery and found ways to win this campaign amid his slow start. But Irving’s closing abilities are invaluable, and Boston definitely could have used them Friday night.

Here are some other notes from Friday’s Celtics-Jazz game:

— It was an important night for Gordon Hayward, who was playing his first back-to-back of the season and against his former team, no less. The veteran forward posted 13 points and seven assists over 25 minutes. All things considered, head coach Brad Stevens was pleased with what he saw from Hayward.

“I think one of the things that we knew going in was that there was going to be a lot of emotion on their side and the fans and everything else,” Stevens said, as seen on NBC Sports Boston’s postgame coverage. “I thought that he did a lot of good things. Probably not the easiest position to be in, but I thought he handled it well from a playing standpoint.”

— Terry Rozier made his first start of the season in Irving’s absence. The fourth-year guard made the most of his opportunity, scoring a team-high 22 points, including a 5-of-8 mark from 3-point range.

— Utah’s interior presence troubled Boston all game long to the tune of a 45-28 rebound advantage. The Jazz also scored 50 points in the paint to the Celtics’ 38.

— The C’s, who were one of the best defensive teams last season, have allowed 102 points or more in each of their last six games.

— Hayward wasn’t the only player taking part in a “revenge game.” Jae Crowder was impressive against his former team, scoring 20 points with six rebounds. 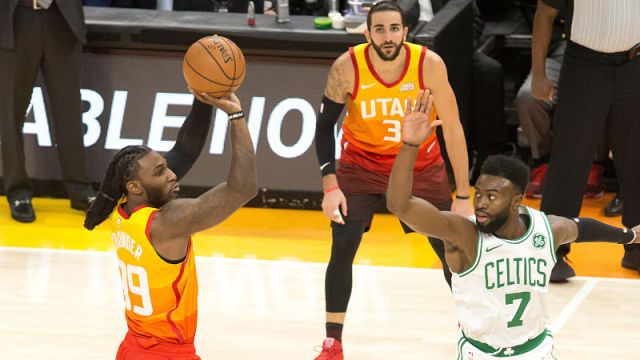 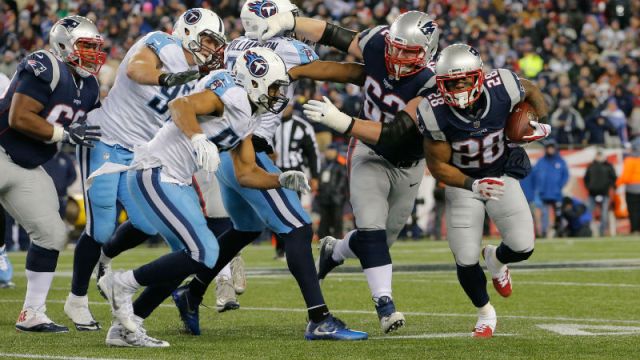 Patriots Vs. Titans Preview: What To Watch For In Week 10 Matchup