Celtics Notes: One Stat Best Articulates How Bad Boston Has Been Lately - NESN.com Skip to content

The Boston Celtics have not been great lately (understatement of the century, we know), but just how bad has it been?

The C’s dropped their second straight contest Monday, with Kemba Walker dropping a cool 43 points on Boston as it fell to the Charlotte Hornets 117-112. Since the Celtics began their miserable five-game road trip at the beginning of the month, they are 3-6. But even that record is a little deceiving.

That’s right, of those three victories, the ones over the Phoenix Suns and Toronto Raptors were in overtime. The lone regulation win over the Bulls came against a Chicago team missing Lauri Maarkanen, Denzel Valentine, Bobby Portis and Kris Dunn. That probably wouldn’t have made a difference, but it’s at least worth keeping in mind.

There’s a litany of issues plaguing this team right now. They’ve been mostly absent on offense save for Kyrie Irving, and the defense that has (deservedly, to a degree) been touted for quite some time is just poor. They either fall behind early and play catchup the rest of the night or are unable to close out games — like in Monday’s loss in which they squandered a 10-point fourth-quarter lead.

We’re now at the point where this isn’t just a team not meeting its lofty expectations, it’s a remarkably average squad that is getting its flaws exposed on a nightly basis. Were expectations from the outside a little too high? Maybe, but it doesn’t help when 22-year-old Jaylen Brown is fanning the flames by predicting he’ll have five rings by age 28.

The Celtics now will return home to face one of the NBA’s worst teams in the New York Knicks. They’ve proven they can beat some really bad teams (even if just barely, see: Suns), but until some wholesale improvements take place, Boston will remain just an underwhelming team in the inferior conference.

Here are some other notes from Monday’s Celtics-Hornets game:

— Daniel Theis saw his biggest involvement since he returned from a plantar fascia injury, and he did a fairly good job once he settled in.

The German big man finished his night with 10 points on 5-for-6 shooting with two rebounds and one assist, while also posting the best plus/minus of all Celtics with a plus-seven.

It was clear last season that when Theis was an active participant and playing well, good things usually would happen. Monday may be an indication that the 26-year-old could soon be settling into a fairly defined role.

— Walker absolutely torched the Celtics all night, but the fourth quarter is when it most clearly was on display.

With 9:37 to play in the game, the Celtics led by 10 points. In the remaining time, Walker alone dropped 21 points to Boston’s 14, knocking down seven of his 10 field goals compared to the Celtics’ 4-for-15 clip.

The game plan for Boston quite clearly was to contain Walker, but the way the UConn product played Monday was more a testament to his ability than any shortcoming of the Celtics. 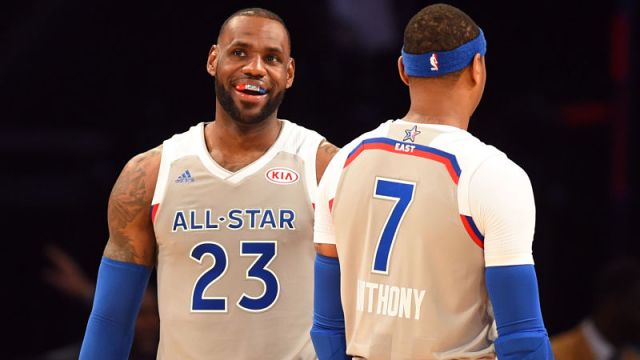