Tom Brady and Aaron Rodgers are two of the best quarterbacks in NFL history. But each has his own style — both on and off the field — and comparing them is a fruitless endeavor.

That hasn’t stopped the Brady vs. Rodgers narrative from dominating headlines this week before Sunday’s showdown between the New England Patriots and Green Bay Packers at Gillette Stadium, and it won’t stop the debate from happening for the foreseeable future. It’s hard to dispute Brady is the more accomplished quarterback, though, while Rodgers is the more talented.

Cris Carter hammered home this point Thursday on FS1’s “First Things First” while comparing the veteran signal-callers. As Carter explains, there’s one huge difference between Brady and Rodgers: Brady made himself into a great QB, whereas Rodgers’ amazing skills positioned him to achieve success.

"Tom Brady has made himself into the best quarterback. Aaron Rodgers was given the best arm that God ever gave any quarterback." ? @criscarter80 pic.twitter.com/ZYjMSe7qRW

Now, Carter risks slighting both quarterbacks in his evaluation: One could view the former NFL receiver’s stance as a jab at Brady’s talent or an attempt to take away from Rodgers’ career by focusing more on the Packers star’s natural ability than the hard work he’s undoubtedly put in to become one of the best ever. But it doesn’t appear this was Carter’s intent. And he’s not wrong in his analysis.

For the sake of not ticking anyone off, let’s just agree that Brady and Rodgers both are incredible and that we’re fortunate they’ll play against each other this Sunday for just the second time ever. 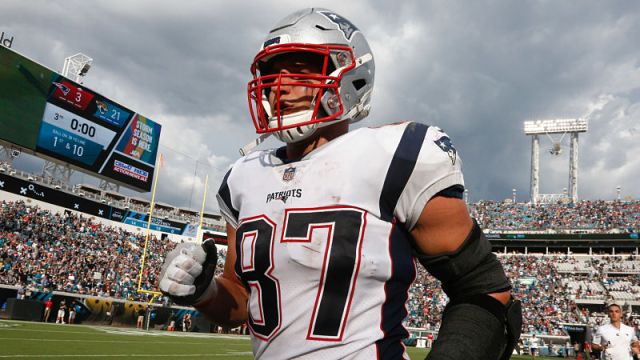