It’s tough to believe Week 10 of the 2018 NFL season is right around the corner.

While you typically have a firm grasp of your fantasy football team at this stage in the campaign, the absurdity and craziness of this season might leave you still searching for answers.

Although fantasy playoffs are in sight, that doesn’t mean there’s currently a dearth of talent on the waiver wire. In fact, there still are a number of players who potentially could help you in your postseason push.

So, who should you consider adding in Week 10? Here are some of the best options at each position who are owned in 65 percent or fewer of Yahoo! fantasy football leagues.

Quarterback: Nick Mullens, San Francisco 49ers (3 percent owned in Yahoo! leagues)
It’s foolish to get completely wrapped up in one performance, but it’s difficult to ignore what Mullens did in his first career NFL start. The second-year QB impressed in Week 9, completing 16-of-22 passes for 262 yards with three touchdowns against the Oakland Raiders. Mullens will have another opportunity to shine next Monday against the New York Giants, who have given up some big games to quarterbacks this season. You shouldn’t put all of your eggs in Mullens’ basket, but he’s worth a look in Week 10.

Other quarterbacks to target: Baker Mayfield (CLE), Alex Smith (WAS)

Running Back: Duke Johnson Jr., Cleveland Browns (47 percent owned)
Johnson is one of the Browns’ most versatile offensive threats, but he was buried in the depth chart to start the season. But now that Carlos Hyde has departed for Jacksonville, Johnson should start seeing more touches on a week-to-week basis. While Nick Chubb gets the bulk of Cleveland’s carries, Johnson is a threat through the air. The fourth-year back hauled in nine catches for 78 yards with two touchdown receptions against Kansas City, and a Week 10 matchup against a struggling Atlanta Falcons defense invites another opportunity for Johnson to stuff the stat sheet.

Wide Receiver: Adam Humphries, Tampa Bay Buccaneers (1 percent owned)
The Bucs don’t lack receiver talent, as Mike Evans and DeSean Jackson are among the best wideout tandems in the league. But Tampa Bay’s most trusted receiver might be Humphries, who had a monster day against the Carolina Panthers with eight catches for 82 yards with two touchdowns. The Washington Redskins will be no walk in the park for the Buccanneers in Week 10, but their top corners likely will be fixated on Evans and Jackson, opening the door for Humphries.

Tight End: Jeff Heuerman, Denver Broncos (1 percent owned)
We’ll be honest: it’s tough to find points from tight ends in fantasy. But with that in mind, it never hurts to take a gamble on an off-the-radar player. Heuerman was Case Keenum’s favorite target in Week 9, corralling 10 catches for 83 yards with a touchdown against the Houston Texans. Denver will be tasked with a tough customer in the Los Angeles Chargers on Sunday, but now that Demaryius Thomas has left town, Heuerman’s role in the offense could continue to grow.

Other tight ends to pursue: Benjamin Watson (NO) 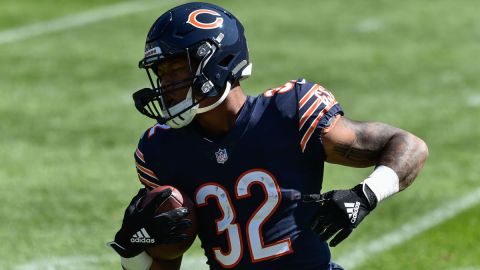 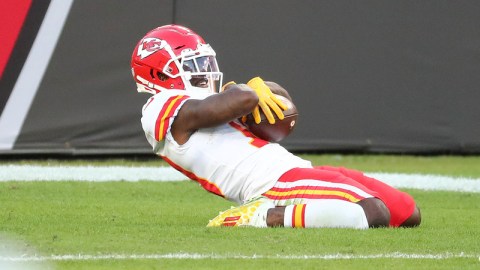 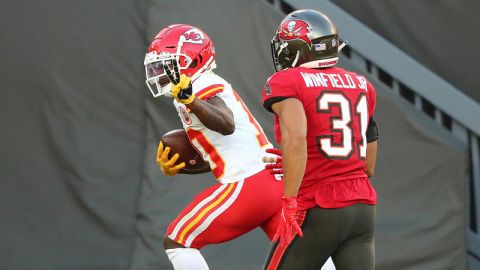