The New England Patriots’ season feels like it just started, but they’re already halfway through the 2018 campaign.

The Patriots are sitting pretty with a 6-2 record predictably atop the AFC East.

Since the Patriots are at the halfway point of the season, it’s time for NESN.com’s Doug Kyed and Zack Cox to give their midseason awards and superlatives.

MVP
Kyed: RB James White
The answer here is usually Tom Brady, and there’s a strong case to be made for him eight games into this season too. But while Brady isn’t quite playing up to his lofty expectations, White is far exceeding his with 55 catches for 459 yards with six receiving touchdowns and 48 carries for 204 yards with two more touchdowns.

Cox: White
White quite literally is having the best season ever by a pass-catching running back, and he?s easily been the Patriots? most consistent and reliable offensive player. He’s on pace to set NFL records for receptions and touchdown catches by a back. He gets it over Brady, whose numbers have slipped a tad this season.

OFFENSIVE PLAYER OF THE HALF
Kyed: QB Tom Brady
We’ll throw Brady a bone here with offensive player of the half. He’s completing 67.5 percent of his passes with 16 touchdowns and seven interceptions. Three of those interceptions slipped through the hands of Patriots pass-catchers.

Cox: Brady
Apologies for the repetition, but it’s tough to single anyone else out in this category. Julian Edelman has been very good since his return from suspension but only has played in half of the Patriots’ games, and it feels like Josh Gordon still is ascending. Brady it is.

DEFENSIVE PLAYER OF THE HALF
Kyed: CB Stephon Gilmore
This was a toss-up between Gilmore and defensive end Trey Flowers. Flowers has been more consistent, but he missed an entire game and most of another with a concussion.

Gilmore has let up just 18 catches on 44 targets for 218 yards with three touchdowns, one interception and 11 pass breakups. He’s allowing a 70.1 passer rating.

Cox: DE Trey Flowers
Gilmore and Flowers both are deserving of this honor, so I’ll go with the latter, who currently is Pro Football Focus’ highest-graded edge defender. It’s true that Flowers essentially has missed two games this season, but the fact that New England’s defense looked like a disaster in both of them shows just how valuable he is to this team. Defensive tackle Lawrence Guy is a dark-horse candidate here, too.

ROOKIE OF THE HALF
Kyed: RB Sony Michel
Michel was on pace for a 1,000-yard season before reinjuring his knee. He could still do it if he comes back from the injury soon. There weren’t many other options here. Most of the other rookies are hurt. But Michel is deserving.

Cox: Michel
The knee issues are a real concern, but Michel has lived up to his first-round hype for much of this season. He racked up 316 rushing yards and four touchdowns during one three-game stretch before going down against the Chicago Bears. Cornerback J.C. Jackson is the only other rookie who’s seen significant playing time so far, and he’s been too streaky to warrant consideration here.

MOST IMPROVED PLAYER
Kyed: DT Lawrence Guy
Guy was a good player last year, but this season he’s dominated in the run game while providing some pressure in pass defense.

Cox: Michel
Kind of an odd choice, I know, but was remarkable to see Michel’s drastic improvement after a rough start in Weeks 2 and 3. As long as his knee injury doesn’t sideline him for too long, he still has a good chance of becoming the most productive rookie running back of the Bill Belichick era.

BIGGEST SURPRISE
Kyed: Patriots’ trade for WR Josh Gordon
Yeah, I did not see this one coming. I figured if the Patriots were going to acquire Gordon, it would have occurred sometime in the last five years. The Patriots finally pulled the trigger in September.

Cox: The Gordon trade
The Patriots stayed quiet at this week’s trade deadline but made a big splash last month by bringing in Gordon, who might be the team’s most talented receiver since Randy Moss.

BIGGEST DISAPPOINTMENT
Kyed: RB Jeremy Hill’s ACL tear
Think about how many times the Patriots could have used Hill since he went down for the season with his ACL tear. They certainly could use him right now. And he looked good in training camp and Week 1.

PLAY OF THE HALF
Kyed: WR Josh Gordon’s 34-yard TD vs. Colts
Gordon showed all of his potential when he snagged this prayer throw from Brady. It was Brady’s 500th career touchdown pass, and Gordon was the 71st different receiver to catch a touchdown from Brady.

Cox: Gronkowski’s 39-yard reception vs. Kansas City
This catch set up Stephen Gostkowski’s game-winning field goal in the Patriots’ epic 43-40 win over the Chiefs, which could wind up having major ramifications in the battle for home-field advantage. 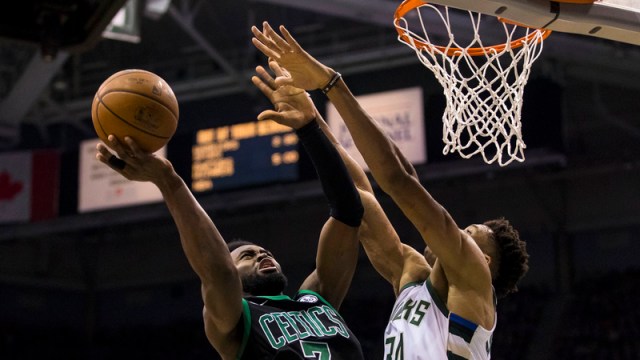 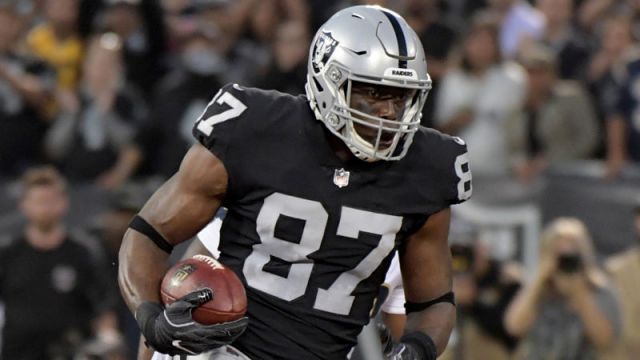