Is it possible Cordarrelle Patterson has been playing out of position his whole life?

It kind of looked that way Sunday night, when the Patriots wide receiver lined up at running back and carried the ball 11 times for 61 yards with a touchdown in New England’s 31-17 win over the Green Bay Packers. It did not look that way in Week 8 when he ran the ball 10 times for 38 yards, most of which came on one 22-yard carry.

Patterson, however, appeared to run with authority, better vision, more power, and less hesitation in Week 9. Among his drastic improvements was his ability to bull forward and lower his pad level, and his offensive line also did a much better job of opening holes.

Here was Patterson’s first run of the game. (Click on image to load video.) — Look at the cut Patterson made back at the line of scrimmage to follow fullback James Develin and turn the run back inside. Patterson picked up 11 yards and a first down. — Wide receiver Julian Edelman missed on a block, but Patterson still was able to break a tackle and pick up 10 yards and a first down. — Patterson had great blocking on this play but still had to power through arm tackles to pick up 17 yards and another first down.

— Patterson, who does have running back size at 6-foot-2 and 228 pounds, definitely isn’t afraid to make contact, That wouldn’t be the case for many receivers.

He’s one of the fastest players on the Patriots’ roster, and his ability in space is unmatched, which is why he’s so good on kick returns. Even when Sony Michel returns from a knee injury and Rex Burkhead comes off injured reserve, the Patriots would be smart to keep handing the ball off to Patterson. Not only was he productive on a per-snap basis against the Packers, but there’s also always a chance he could rip off a long touchdown run any time the ball is in his hands.

None of this is to say Patterson is the next Todd Gurley or Eric Dickerson, but there’s definitely potential there in the new position. He said Sunday night that prior to Week 8 and 9, he had never carried the ball more than three times in a game. For this being Patterson’s first extended look at running back, he’s seriously impressing, possibly even more than he has at wide receiver this season.

Here are the rest of our observations from this week’s film review:

— Defensive tackles Lawrence Guy and Danny Shelton took on smaller roles, giving way to Adam Butler and Malcom Brown as the Patriots dared the Packers to run the ball. The Packers averaged 5.3 yards per carry as the Patriots struggled to make tackles near the line of scrimmage. Don’t worry too much about the Patriots’ struggles defending the run. They’ll improve when Guy and Shelton play more.

— The Patriots, in turn, had their best game rushing the passer since Week 1. They forced seven throwaways from quarterback Aaron Rodgers. They sacked Rodgers just once but brought pressure all game. Defensive end Trey Flowers had a monster day.

— Patriots quarterback Tom Brady and wide receiver Josh Gordon had trouble connecting at times early in the game. There was an overthrow, a target when Gordon slipped and another where there was clear miscommunication. All was quickly forgotten when Brady and Gordon connected on this throw.

Brady faked the screen to Chris Hogan, bringing up the cornerback covering Gordon. Gordon idled to make sure he caught the ball before Packers safety Tramon Williams could get upfield. Gordon then had to slip Williams’ tackle attempt and scamper into the end zone.

— Free safety Devin McCourty had his third consecutive standout game. He let up just one catch on five targets and was in coverage on an incompletion to tight end Jimmy Graham in the end zone. 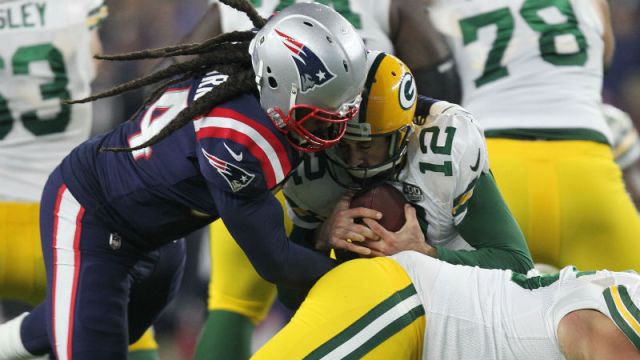 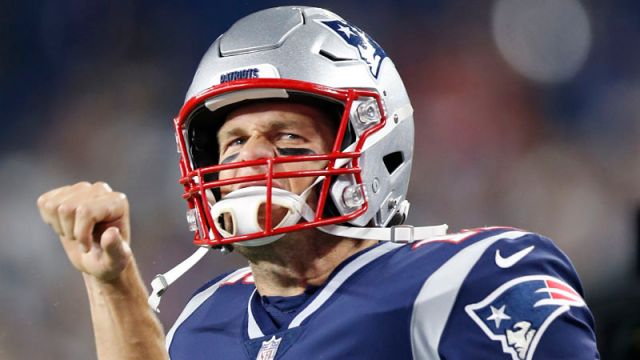