This Short Bill Belichick Mic'd-Up Clip Is Latest Example Of His Greatness - NESN.com Skip to content

The conversation in the week leading up to Sunday night’s game between the New England Patriots and Green Bay Packers centered around the quarterbacks and for good reason: Tom Brady and Aaron Rodgers are two of the best ever.

No such conversation could be had about the two teams’ head coaches, however, as Green Bay head coach Mike McCarthy could only dream of being mentioned in the same breath as Patriots coach Bill Belichick.

And that’s not even meant to be a huge slight at McCarthy, who has won a Super Bowl. But much of the conversation last week and into this week also centered around how McCarthy and the Packers’ system might be holding back Rodgers from being even greater. All you had to do was watch Sunday night’s game to see the large discrepancy on the sidelines, as Belichick coached circles around McCarthy with a strong game plan executed to perfection. The Packers, meanwhile, took boneheaded penalties, deployed a questionable offensive game plan and turned the football over at inopportune times.

Those are the sorts of things we rarely see the Patriots do, let alone all in the same game, and that’s no coincidence. The Patriots’ attention to detail starts at the top with Belichick, who arguably is the most detail-oriented coach in the NFL (a claim that admittedly isn’t quantifiable, but you get the picture).

Anyway, Belichick was mic’d up for the heavyweight showdown for “Inside the NFL,” which almost always gives a fascinating look into the notoriously terse Belichick. One clip released by “Inside the NFL” on Twitter gave us all a look at how good Belichick really is as a head football coach.

Teaching moments, especially for the head coach, must be few and far between in the middle of an NFL game. Things must feel like they move at warp speed. Yet, here’s Belichick delivering a 30-second message where every single thing he says has an impact.

There’s the constant reminder to play a full 60 minutes. There’s also the confirmation that the game plan — which clearly centered around trying to pressure Rodgers — was working: “The pass rush is what we want.”  Not only that, Belichick tips his hand about the specifics of the game plan, telling his players to “Keep working the s— out of the guards,” on a night where the Patriots pressured Rodgers up the middle.

And while some might see the “He’s tried to throw us two interceptions now” as a slight at Rodgers, a player for which Belichick has unending respect, it’s more likely just positive reinforcement for his players. Basically, he’s telling them that if you keep doing your job, good things will happen.

Finally, one more bit of coaching — “If he runs backward, then run him out of bounds; that’s great!” — with some positive reinforcement sprinkled in throughout the message. And the whole thing happens in just 30 seconds.

Belichick gets plenty of deserved success for his game-planning abilities and his in-game strategy. But his gruff public persona often can overshadow the fact that he’s also a tremendous leader and motivator who’s more often than not able to get the most out of his players’ talent. 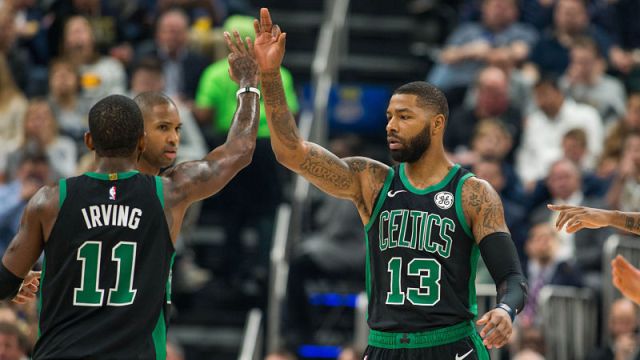 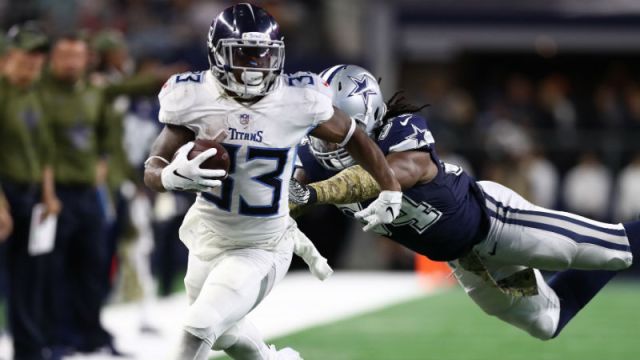 Scouting The Titans: 5 Things To Know About Patriots’ Week 10 Opponent