It looks like the bye week served Rob Gronkowski well.

The New England Patriots tight end has been hampered by injuries all season, but reportedly elected not to play in Week 10 so he could have extra time off to recuperate with the Pats’ Week 11 bye. Gronkowski, of course, has had a quiet season, having caught his only touchdown in Week 1.

But that all changed during the first quarter of the Patriots’ tilt with the New York Jets on Sunday.

Trailing 7-0, Pats quarterback Tom Brady uncorked a 34-yard pass down the middle of the field, finding Gronk just before the end zone. Gronkowski caught and held onto the ball despite some contact and muscled his way past the goal line.

As he celebrated, you could see the excitement on his face.

Good to see the Gronk spike make its return. 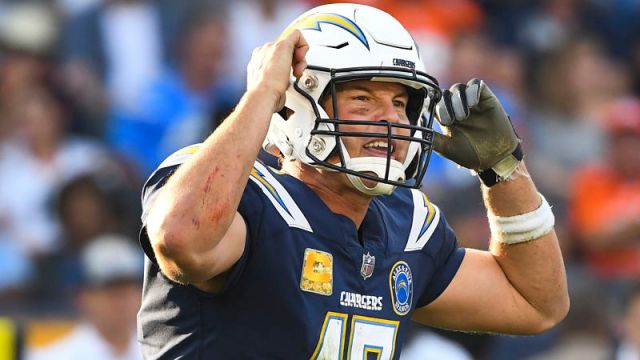 Patriots’ Tom Brady Sets Yet Another NFL Record During Game Vs. Jets