FOXBORO, Mass. — After Sunday’s victory over the New York Jets, Bill Belichick strode through the locker room handing out atta-boys to his offensive linemen.

The well-deserved praise came after New England racked up a season-high 215 rushing yards in a 27-13 win, with a newly healthy O-line carving out massive holes for Sony Michel and James White. It was the first time since 2014 the Patriots surpassed 200 rushing yards in a game — a far cry from the 40 they managed two weeks ago in their blowout loss to the Tennessee Titans.

That didn’t mean it was a flawless performance, though. In fact, Andrews said the offense faced “a lot of criticism” during film study for its lack of success in certain short-yardage and goal-line situations.

“I think there?s so much glaring that we could have done better,” Andrews said Monday. “It kind of gets overshadowed, but with just things that — short-yardage, goal line — we kind of skimmed out of there. Yeah, we were successful, but that doesn?t mean it was all right.

Converted receiver Cordarrelle Patterson powered through the line for 2 yards on fourth-and-1 midway through the third quarter, but that came after the Jets stuffed Michel for no gain one play earlier. In the fourth, the Patriots needed three tries to score from the 1-yard line, with Patterson and Michel both getting stopped in their tracks before the latter finally found paydirt.

In both instances, the desired outcome was achieved. But the number of attempts it took to get there presented an easy nit for Patriots coaches to pick.

“That?s the thing,” Andrews said. “We just try to come in each week, be as best as we can be and learn from the mistakes you make, and that?s definitely an area we can improve on and keep improving on. We?re fortunate this week that we got it done there when we had to.”

Next up for New England is a Minnesota Vikings team that’s tied for fourth in the NFL in rushing yards allowed per game (93.6) and yards per carry (3.7). The Patriots are 7-0 this season when they rush for 93 or more yards. When they rush for fewer, they’re 1-3. 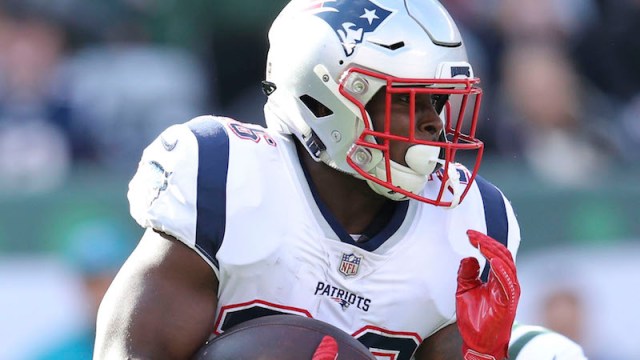