The Boston Bruins will look to halt their losing streak at two Monday night when they take on their Original Six rival Montreal Canadiens at Bell Centre.

Boston is coming off a tough 4-2 loss on home ice to the Buffalo Sabres on Sunday, while Montreal beat the Ottawa Senators on Saturday. Since the last meeting between the two teams Nov. 24, the Canadiens have won six of their last nine games, scoring at least five goals on five separate occasions during that stretch.

The winner of the contest will lock up fourth place in the Atlantic Division. As it stands, the Habs have a slight edge over the B’s with 39 points to Boston’s 38.

Head coach Bruce Cassidy will roll out the same lines as Sunday, with Jaroslav Halak getting the nod between the pipes for the Bruins.

Here are the projected lines and defense pairings for Monday night’s Bruins-Canadiens game. 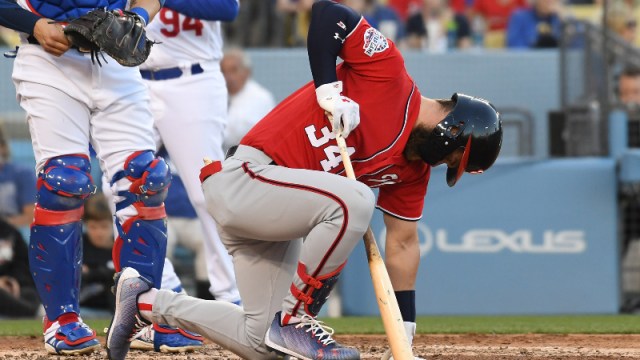