FOXBORO, Mass. — Life after Josh Gordon continued Friday for the New England Patriots, who will be forced to play their final two regular-season games and enter the postseason without their leading receiver.

In Patriots coach Bill Belichick’s first meeting with the media since Gordon’s leave of absence and subsequent indefinite suspension were announced Thursday, he expressed confidence in the team’s remaining wideouts to pick up the slack.

With Gordon out of the picture, Phillip Dorsett and Chris Hogan likely will likely see a considerable increase in playing time behind No. 1 receiver Julian Edelman. Belichick had especially high praise for Dorsett, who’s hardly contributed since Gordon debuted for the team in Week 4 and Edelman returned from suspension in Week 5.

“Phil’s tremendous,” Belichick said. “He’s a tremendous kid. Great teammate. I think he has everybody’s total respect in the locker room on everything — his preparation, the way he treats other people, how unselfish he is, how he’s always ready for his role. You saw that in the Super Bowl last year (when Dorsett replaced an injured Brandin Cooks midway through the game).

“I don’t think you can ask for anything more than what he gives the team.”

Dorsett flashed early this season for a shorthanded Patriots receiving corps, catching seven passes on seven targets in New England’s season opener and scoring touchdowns in Weeks 1 and 4. He’s continued to be reliable in his limited playing time, catching each of the last 11 passes thrown his way.

“He’s a smart guy that’s versatile, can play multiple positions,” Belichick said. “He’s been a dependable player for us.”

Dorsett has 27 catches for 256 yards and two touchdowns this season. Hogan, who’s played the most offensive snaps of any Patriots receiver (677; more than twice as many as Dorsett), has 29 catches for 468 yards and three scores, including a 63-yarder in last Sunday’s loss to the Pittsburgh Steelers.

Belichick’s review of Hogan wasn’t quite as glowing.

“He’s been healthy all year,” the coach said when asked how Hogan has handled his role this season. “So that’s a good thing.”

Patterson spent two games as the team’s surprise No. 1 running back while Sony Michel and Rex Burkhead were sidelined, and he’s made several plays in the passing game in recent weeks, including a 37-yard touchdown pass in a Week 14 loss to the Miami Dolphins.

“He’s played multiple positions for us going all the way back to the spring, so we’ll see how it goes,” Belichick said. “We have a lot of confidence in the things he can do, and he’s done multiple things for us.”

Gordon’s suspension opened a spot on the Patriots’ 53-man roster. If they choose to fill it from within, one candidate for promotion from the practice squad is receiver Damoun Patterson, who signed with the team Nov. 9.

An undrafted rookie out of Youngstown State, Patterson spent the summer with the Steelers, catching six passes for 77 yards in Pittsburgh’s preseason opener. The 24-year-old has yet to make his regular-season NFL debut.

“He’s done a good job for us, just learning the offense,” Belichick said. “Most of his reps come on the scout team, but he also is learning the offense and is able to do more and more things each week for what we do, so there’s that. … He’s making progress.”

New England also figures to rely heavily on running back James White and tight end Rob Gronkowski, who rank first and third on the team in catches, respectively.

After back-to-back losses to the Dolphins and Steelers, the 9-5 Patriots likely will need to win each of their final two games (at home against the Buffalo Bills and New York Jets) to have a chance of earning a first-round playoff bye. They currently sit in third place in the AFC, one game behind the 10-4 Houston Texans.

“It’s a big game,” Belichick said of Sunday’s matchup with the Bills at Gillette Stadium. “We know Buffalo’s tough. We know how they’re going to compete and what we need to do to be competitive against them. We practiced with that in mind (Thursday). We’ll do it again (Friday) and Saturday and be ready to go on Sunday.” 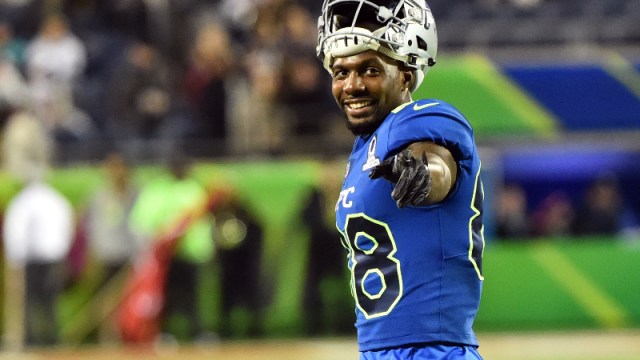 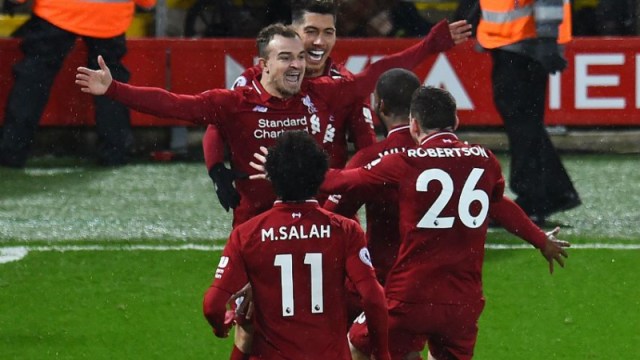