FOXBORO, Mass. — Wide receiver Josh Gordon made the most of his diminished targets Sunday in the New England Patriots’ 24-10 win over the Minnesota Vikings.

Gordon officially was targeted just three times all game, and all three of those passes came within a six minute and 23-second span between the end of the third quarter and beginning of the fourth. Gordon caught all three targets for 58 yards with a touchdown. He also drew a 20-yard pass interference penalty in the same time span.

“It was great. You know, I just had to be patient,” Gordon said. “I think that’s just how the flow of the game was going. We all let it play itself out. It was great to just get an opportunity, make a play and the rest of it was just fun.”

Gordon played 48 of 74 total Patriots offensive snaps Sunday. He played roughly half of the team’s first-half offensive snaps and didn’t receive a target. He didn’t know why.

“I didn’t really question the game plan, I just went along with it,” Gordon said. “It seemed to work in our favor, and the coaches, my trust is in the coaches. I think they trust me. So, it worked out for us.”

It was slightly perplexing to see Gordon have such a quiet first half since Vikings starting cornerback Xavier Rhodes was limited with a hamstring injury. Their other starting cornerback, Trae Waynes, departed the game after just 19 snaps with a concussion.

“They did a great job of mixing up the coverages,” Patriots head coach Bill Belichick said. “Certainly gave us a lot of split-safety looks, changed some of the reads that we had. When they didn’t play split-safety coverage, we were able to throw the hitch out there. (Gordon) broke a tackle on, I don’t know, who was it — (Marcus) Sherels? Whoever it was out there. They did a good job of taking away our outside receivers with a lot of split-safety coverage for a while and then when they changed, then we were able to change.”

So, that explains that.

Patriots quarterback Tom Brady gave his own spin on the lack of targets.

“It?s just sometimes it just goes to different guys, and sometimes more Julian (Edelman), Josh, a lot of guys to get the ball to, so it?s just whoever?s open usually gets it,” Brady said. “I?m trying to find the most open guy.”

Regardless, Gordon is happy to be a Patriot.

“It felt like home a long time ago,” Gordon said. “The atmosphere is very welcoming. It took me a little bit to get acclimated to the area. Other than that, it’s been pretty smooth so far, and that’s due in part to the facility, the organization, just everybody helping me along the way.”

“I did not know that stat line, but it must be fate, I guess,” Gordon said. “I won’t say coincidence,  but it’s great to be on the receiving end of it. (I am) extremely humbled to come out here every Sunday and get a chance to play, let alone with Tom Brady, the greatest to ever do it. So, to be a part of history with him? I can’t really even put the words to describe what that means to me. But, it’s just great to have the opportunity.” 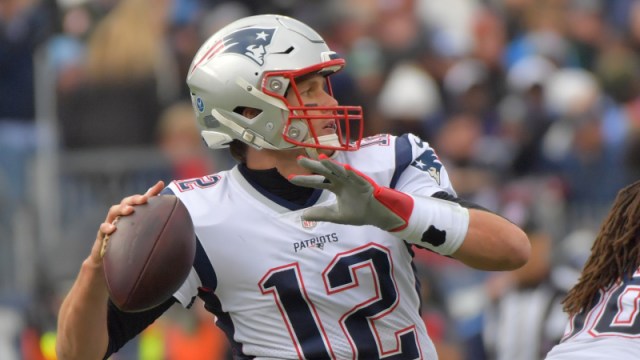 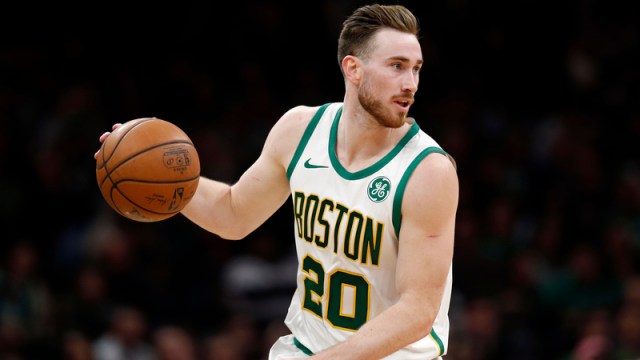