There was a good, old-fashioned donnybrook at TD Garden on Saturday, and it nearly resulted in the goalies taking swings.

During the second period of the tilt between the visiting Detroit Red Wings and Boston Bruins, things got a little chippy. Luke Witkowski leveled David Krejci, which resulted in Joakim Nordstrom scrapping with Witkowski.

Moments later, Tyler Bertuzzi took exception to a Brad Marchand hit on Nick Jensen at the end boards. Bertuzzi tried fighting Marchand, who didn’t immediately oblige. Colby Cave stepped up and Bertuzzi backed down, to which Cave started cross-checking him.

Bertuzzi skated away, but at that point Marchand was ready to fight, taking a swing at him. As they got near the benches, Marchand slashed Detroit goaltender Jimmy Howard, who was coming off the ice for a delayed call. That prompted Bertuzzi to go after Marchand, with everyone at that point dropping gloves.

While this was happening, Tuukka Rask skated down the ice and tried to go with Howard. To the dismay of literally everyone, the referees held on to the two goalies and wouldn’t let them fight.

You can watch clips of the melee here and here. 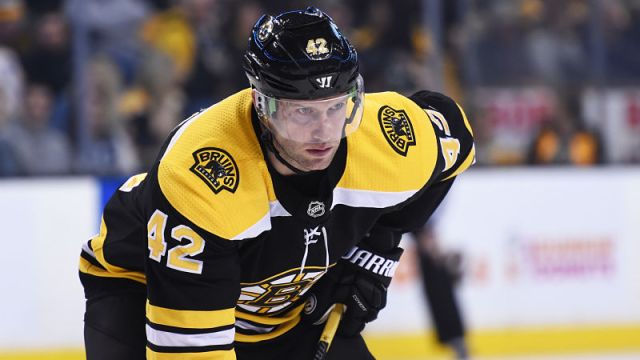 David Backes Gets Bruins On Board First With Deflected Backhanded Pass 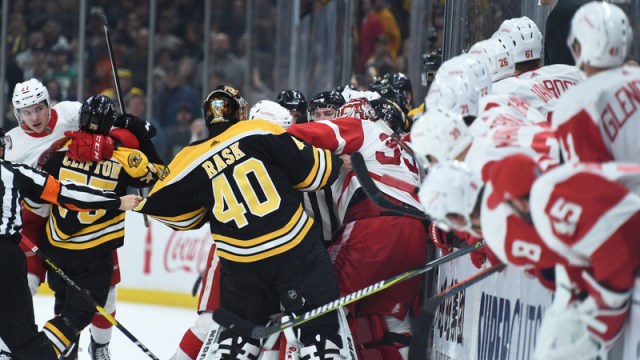