BOSTON — All streaks come to an end.

Entering Thursday’s game at TD Garden, the Boston Bruins had struggled mightily against the Anaheim Ducks, having dropped four straight on home ice and nine in a row overall to the Pacific Division club.

But the B’s thoroughly outplayed the Ducks on Thursday, coasting to a 3-1 win behind a three-point night from David Pastrnak, a two-point night from Torey Krug and a solid performance in net from Jaroslav Halak (23 saves).

Pastrnak, Krug and David Krejci each potted goals for the Bruins in the win.

UNEVENTFUL FIRST
The Bruins and Ducks played to a scoreless draw in the first period at TD Garden. Boston outshot the Ducks eight to seven and had a few good chances toward the end of the stanza, but the B’s were unable to put one past Anaheim netminder John Gibson.

Neither side could take advantage of its power-play opportunities, as the Ducks went 0-for-2 and the Bruins squandered their only chance on the man advantage.

BRUINS STRIKE
Boston was unable to solve Gibson during the opening minutes of the second period, but the B’s finally broke the seal when they went on the man advantage at 7:44 in the frame.

Hampus Lindholm was sent to the box for interference and the Bruins struck shortly thereafter. Krug shuffled a slick pass to Pastrnak at the left face-off circle and the winger ripped a one-timer past Gibson at 8:19 to give the B’s the lead.

From the pass to the shot, this one is just very clean. ? pic.twitter.com/BC5Q6e3To6

The assist was Krug’s 200th of his career, giving him the most by any U.S.-born Bruin.

Anaheim went on the power play four minutes later when Brad Marchand was whistled for slashing. It appeared the Ducks were going to tie the game as Brandon Montour had a clean look at the net, but Halak slid over and made a ridiculous glove save to preserve Boston’s lead.

TAKE ADVANTAGE
It looked like the second frame would end with the B’s holding a slim 1-0 lead, but the Black and Gold had other ideas.

After Andrew Cogliano was sent to the sin bin for slashing at 17:58, the Bruins’ power-play unit went to work. The B’s won the face-off in their own zone and Marchand whipped a pass to Krug, who blistered one home to make it 2-0.

ICING ON THE CAKE
Boston continued to outplay Anaheim in the third period.

After the Bruins killed off their fourth penalty of the night, Krejci hammered one home from the top of the circle to make it 3-0.

The goal was Krejci’s seventh tally of the season and gave him 600 points for his career. Marchand and Pastrnak assisted on the score.

UP NEXT
The Bruins will take the ice again Saturday when they welcome the Nashville Predators to TD Garden. Puck drop is scheduled for 1 p.m. 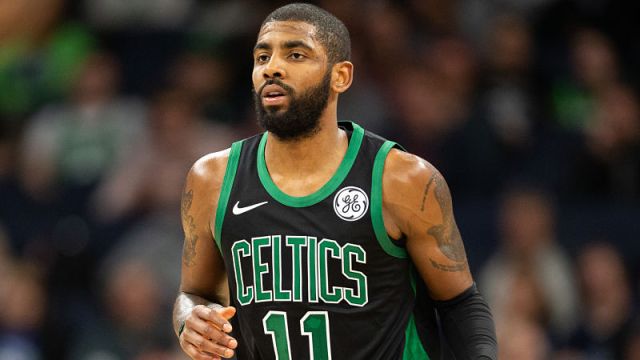