It’s been a while since Boston Bruins fans have seen, or heard from Charlie McAvoy.

The exciting young defenseman sustained a concussion Oct. 18 in a contest against the Edmonton Oilers and has not played since. While details about McAvoy have been few and far between during his absence, he lately has been seen skating around at practice in a maroon non-contact jersey.

During the first intermission of the B’s 4-2 loss to the Detroit Red Wings on Saturday, McAvoy was made available to the media for the first time since the injury.

After acknowledging that this is the first concussion he’s ever suffered, McAvoy provided an update on his health.

“I feel good. Feel good. I?m progressing well, and I?m very optimistic” the 20-year-old said, via a team-provided transcript. “There?s a plethora of concussion symptoms. When I first had it, it was kind of really overwhelming me. As this process has gone, as I?ve worked with the trainers and the doctors, really doing concussion rehab, they have started to slowly fade away. Obviously, I would have loved for it to happen faster, but this is where we?re at, and like I said, staying patient and staying positive is something that I?m trying to do my best with.”

McAvoy noted that there isn’t a specific return date for him, rather he just has to take things one day at a time until he reaches full health.

After the Boston University product sustained the injury, it also was revealed by general manager Don Sweeney that McAvoy was dealing with a vestibular issue around training camp, but it was clear that a concussion had been sustained in the game against the Oilers.

Saturday, McAvoy indicated the two ailments weren’t connected, but shed some light on how he has to manage both of them.

“No, I think it?s kind of one big thing,” McAvoy said. “You get a hit like this, and it?s able to really throw you off in that regard, and you get a concussion. As far as vestibular goes, it?s really kind of reteaching your brain to handle certain activities that can bring on certain symptoms, like a dizziness or kind of feeling out of it, stuff like that. So, this is basically that concussion rehab that I alluded to, reintroducing these things to my brain. Actually, one of the things I heard is my brain is out of shape. So, it?s kind of teaching those things, reintroducing them, and things are going well right now.”

While the Bruins are ravaged with injuries and McAvoy coming back would be a huge addition, brain injuries are nothing to be messed around with. He has his whole career — and life — ahead of him, and it’s good that both he and the organization are taking their time with the process.

Here are some other quotes from McAvoy’s media availability, from the team-provided transcript:

— On if there was a certain hit that he knows caused it?
It?s kind of weird. These things happen. One of the things I?ve learned is that it can come from ? it?s not always a hit that, say, knocks a player out unconscious on the ice; it can be just a little blindside hit with the same effect and sometimes worse.

— On the importance of patience in his recovery?
It?s a lot, and at times, it can really consume you. Being my first time going through it, I?ve felt certain emotions with it, and it?s really tough, but I?m very fortunate to have such a good support system. Obviously, my family, they?re always there for me, but just the pointers I?ve gotten from guys like Bergy [Patrice Bergeron] and other guys on the team that have gone through concussions ? Don Sweeney and all of the trainers and the doctors, they?ve kept me in great spirits, kind of acknowledging that it?s my first time, and a lot of this stuff is new to me. But, it?s been an educational process for me. Things are going really well, and I?m so excited to get back with the team.

— On if there have been setbacks?
I think it?s been a bit of a process. There?s days when you feel good, and there?s days when you feel bad. Like I said, I?m really learning a lot about my own brain, kind of the way things function when you have a concussion. It?s been very educational for me to learn these things. Unfortunately, going through it firsthand, but I guess I?m now fortunate to have this life experience. Hopefully, it never happens again, but I?ll be able to take these things with me the next time and perhaps help guys like Bergy helped me and stuff like that.

— On if there is anything he could do differently to avoid it happening again?
I don?t think so. It?s the game we play. It?s the best game in the world and I wouldn?t trade playing this game and playing in this league for anything. This is my dream, and I think that these things tend to happen. It?s just like my knee last year; these things happen. It?s a game, unfortunately, where sometimes you can?t avoid injury, but I think with the style of play I have, hopefully avoiding injury is something I?ll be able to do here in the future.

— On if he was dealing with anything like this prior to the game in Edmonton?
No. I haven?t had anything like this. That?s why it was pretty much such a shock to me going through it the first time. So many of those emotions I spoke about ? frustration, for sure, and not really knowing what was going on or when I would turn the corner and start to feel good, but like I said, it?s been very educational for me. Unfortunately, sometimes it takes going through it to really have this perspective on it, but everyone has been so great, and I can?t wait to keep going with the team here. 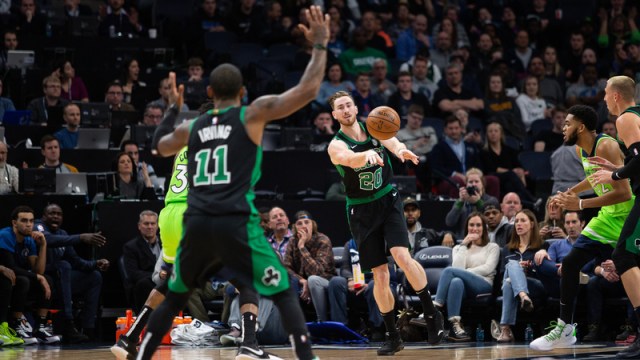 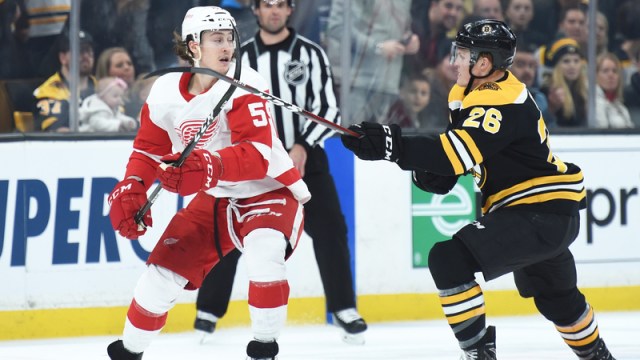