Greg Hardy soon will take the next step in his mixed martial arts career.

UFC president Dana White revealed Tuesday to ESPN that Hardy (3-0) will make his UFC debut against Allen Crowder (9-3) at UFC Fight Night on Jan. 19 in Brooklyn.

According to White, the contracts have not yet been signed, but the heavyweight fight is close to being finalized. The Jan. 19 UFC Fight Night is the first live event of a five-year deal between UFC and ESPN.

Hardy, a former NFL defensive end who earned a Pro Bowl selection with the Carolina Panthers in 2013, signed a developmental contract with UFC in June after knocking out Austen Lane in his professional MMA debut on Dana White’s Tuesday Night Contender Series. The 30-year-old then knocked out Tebaris Gordon in August and Rasheem Jones in September. All three knockouts occurred within the first 57 seconds of the fights. His three prior amateur fights also ended in first-round knockout victories.

Crowder, 28, last fought in December 2017. Five of his nine victories have come via knockout.

Hardy’s contract with UFC is controversial due to the off-the-field issues that plagued his NFL career. He was arrested in 2014 for allegedly assaulting his ex-girlfriend. The domestic violence charges against Hardy were expunged from his record in 2015, but Deadspin released shocking photos that showed the accuser, Nicole Holder, looking bruised and battered. 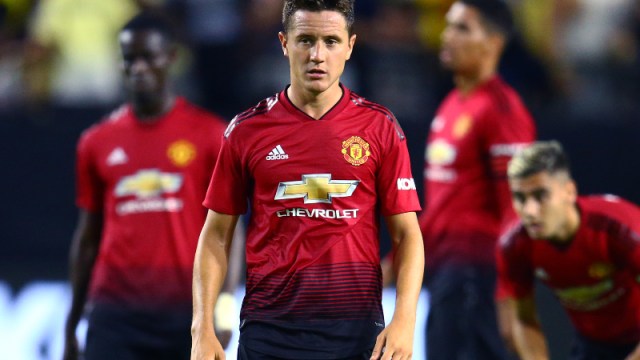