After a grueling few months of blood, sweat and tears, fantasy football playoffs (for most) are here.

Fantasy football playoffs are where children become adults. For the most part, you’re going to come across all of the best players, like Todd Gurley or DeAndre Hopkins, so you’re going to need all the help you can get. A good defense could be that help you need and put you over the top.

With that said, let’s look at the five defenses you should start in Week 14:

Los Angeles Chargers (vs. Cincinnati Bengals)
The Bengals have been bitten by the injury bug at the worst possible time. They’ve been forced to turn to Jeff Driskel with quarterback Andy Dalton done for the season, as is star wide receiver A.J. Green with a foot injury. To make matters worse for the Bengals, the Chargers’ defense has been hot lately. Los Angeles has an interception in two straight games, and have scored in double figures in three of its last five games.

Denver Broncos (at San Francisco 49ers)
The 49ers are another team that has caught the injury bug. They’re down to Nick Mullens at quarterback, and the Denver defense has been playing solid lately. The Broncos have nine sacks and as many takeaways over their last three games, which could spell trouble for the turnover-prone rookie Sunday.

Tennessee Titans (vs. Jacksonville Jaguars)
Jacksonville is 1-0 on the season with Cody Kessler at the helm, but that game was extremely ugly. The Jags are coming off a 6-0 win over the Indianapolis Colts, but Kessler was sacked three times and picked off once. The Titans D/ST hasn’t put up monster fantasy numbers this season, but they’re in prime position for a solid day Thursday.

New England Patriots (at Miami Dolphins)
New England’s defense has been scorching lately. It has allowed 18 or fewer points in four of its last five games, and have an interception in two straight contests. The Fins are coming off a 21-17 victory over the New York Jets, and Ryan Tannehill has looked good since coming back from injury. The last time these two teams met, however, Miami only was able to muster seven points while also giving up two takeaways and sacks, so maybe New England could force a few turnovers Sunday.

Los Angeles Rams (at Chicago Bears)
After missing most of the season, five-time Pro-Bowl selection Aqib Talib finally is back. In Week 13, his first game back, the Rams defense looked sharp, only giving up 16 points while also procuring an interception and fumble. Los Angeles has been a takeaway machine lately, with an interception in two straight games and a fumble recovery in each of its last six. The Bears either are going to have a banged up Mitchell Trubisky, or Chase Daniel under center, so there may be a turnover or two.

Click for our sneaky Week 14 pickups at each position >> 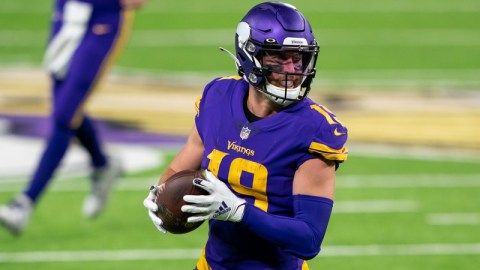 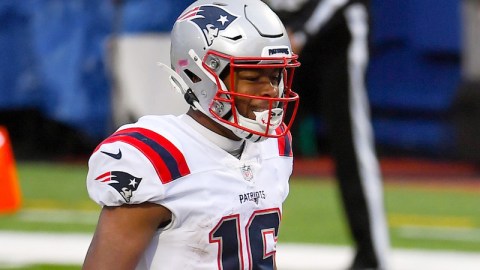