Here's What Impressed Rob Gronkowski Most About Patriots' Rout Of Jets - NESN.com Skip to content

FOXBORO, Mass. — The fourth quarter of Sunday’s New England Patriots-New York Jets game was largely meaningless, but something that took place in those final 15 minutes stood out to Rob Gronkowski.

Speaking after the Patriots dump-trucked the Jets 38-3 at Gillette Stadium to close out the regular season and clinch a first-round playoff bye, Gronkowski applauded the 10-play, 69-yard touchdown drive New England staged midway through the final frame.

Gronkowski viewed the drive — which drained 5:06 off the clock before culminating in a 5-yard touchdown pass from Tom Brady to Julian Edelman — as a powerful statement entering the postseason.

“Everyone playing well, the defense played super great, and then the offense was going down and making those drives,” the tight end said. “What was huge was the final drive we did to complete that. You know, we?re up 28-3 and we go down, it?s the fourth quarter at the end of the regular season. We just go down and make a drive and put up points, which was tremendous to do. A good team win overall.?

Sunday’s win was one of the Patriots’ most complete performances of the season, featuring a resurgent performance from Brady (season-high four touchdown passes) and three takeaways by New England’s defense, one of which resulted in a touchdown for linebacker Kyle Van Noy.

The 35-point margin of victory was the Patriots’ largest since Week 16 of the 2016 season, when they blasted the Jets 41-3 in Foxboro.

Despite losing five games for the first time since 2009 — including two in a row in December for the first time since 2002 — the Patriots will enter the playoffs as the No. 2 seed in the AFC, earning free passage to the divisional round for the ninth consecutive season. They sit just one home victory away from their eighth consecutive trip to the AFC Championship Game.

?Being here for a while now — many years — I?m pretty sure I?m used to ups and downs,” Gronkowski said. “But it?s part of the game and it?s part of the process. You just have to ignore the noise and you have to stay focused. Everyone within the locker room just has to keep putting our heads forward and keep looking to get better every single week, and that?s what we?ve been doing.

After being held without a catch in last week’s win over the Buffalo Bills, Gronkowski caught two passes on two targets for 24 yards against the Jets. He also had a 30-yard reception called back when fellow tight end Dwayne Allen was called for offensive pass interference. 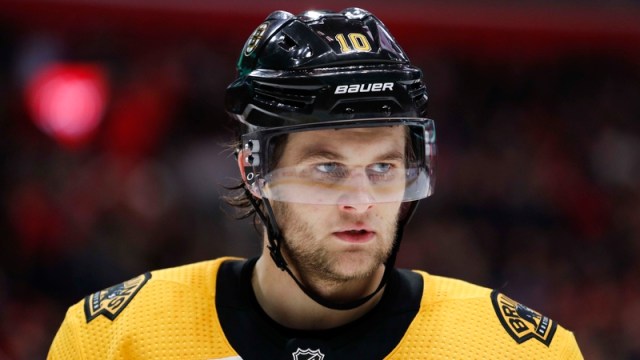 Patriots Defense Looking Like Complete Unit With Playoffs On Horizon