The New England Patriots likely will be without their leading receiver as they enter the NFL playoffs.

Josh Gordon, who was traded to the Patriots in September after six-plus tumultuous seasons with the Cleveland Browns, announced Thursday he “will be stepping away from the football field for a bit to focus on my mental health.”

Shortly after Gordon’s announcement, Tom Pelissero of NFL Media reported the wideout is facing an indefinite suspension for a violation of the NFL’s substance abuse policy.

Gordon battled substance-abuse and mental health issues during his time in Cleveland, receiving multiple suspensions from the team and league, and checking himself into a rehab facility in 2016.

Aside from one report of tardiness in October, no off-the-field issued had become public since Gordon joined the Patriots earlier this season. The 27-year-old had been an excellent addition to New England’s offense, catching 40 passes for 720 yards and three touchdowns in his first 11 games with the team.

During that time, Gordon garnered rave reviews from his teammates and coaches, including quarterback Tom Brady and head coach Bill Belichick.

?(I’ve) just really enjoyed our time together,? Brady said last Friday. ?We spend so much time here. We?re here until late at night, early in the morning. We?re on the field, watching film and so forth. It?s been great. I can?t say enough great things.?

Gordon played all but five snaps in Sunday’s 17-10 loss to the Pittsburgh Steelers, catching one pass on two targets for 19 yards.

“I would like to thank Coach Belichick, Mr. (Robert) Kraft, as well as countless others within the Patriots organization for their continued support,” Gordon said in his statement. “I want to thank my fans for their support as well as I continue down the path to getting back to 100%.”

Gordon was absent for the Patriots’ final offensive play on Sunday, raising eyebrows after he had only missed four snaps all game to that point. Offensive coordinator Josh McDaniels on Tuesday said Gordon’s absence was just a matter of putting a “fresh guy in.”

The Patriots, who sit in third place in the AFC at 9-5, have home games against the Buffalo Bills and New York Jets remaining on their schedule. Their receiving corps now consists of Julian Edelman, Chris Hogan, Cordarrelle Patterson and Phillip Dorsett. 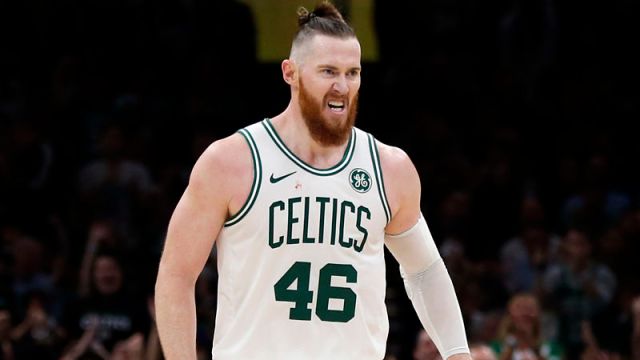