The College Football Playoff was cool and all, but the real story is Kevin Murray, father of Oklahoma quarterback Kyler Murray.

Kyler’s No. 4 Sooners predictably lost to No. 1 Alabama on Saturday, falling 45-34 in the Capital One Orange Bowl. The Sooners did show signs of life late in the third quarter, however, as the Heisman Trophy winner launched a 49-yard TD throw to narrow the Crimson Tide’s lead to 31-19.

After the play, ESPN camera’s caught Murray’s dad stoically glaring at the field, firing off a slew of savage, no-look high-fives. It was the ultimate “let’s go” moment from Kevin, who himself played college ball at Texas A&M.

If there ever was a time in the game when Alabama fans watching at home felt intimidated, it was right then.

Alas, the Tide held off a furious Sooners rally to reach yet another College Football Playoff National Championship Game. Alabama will square off with No. 2 Clemson, who dominated No. 3 Notre Dame 30-3 on Saturday, at Levi’s Stadium on Jan. 7. 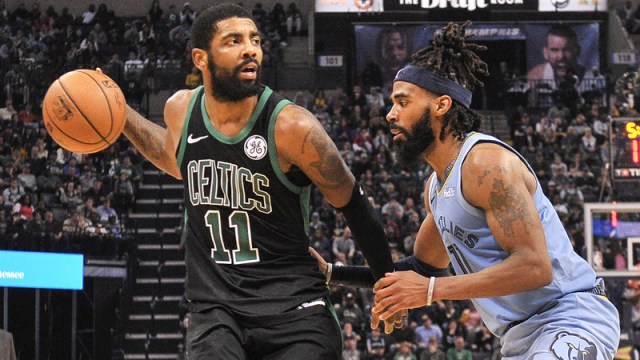