The Major League Baseball Winter Meetings have come and gone, and lo and behold, superstar Bryce Harper still is a free agent.

The fact that the 26-year-old outfielder on a Hall of Fame pace still is on the open market perhaps further indicates a change in the tide when it comes to signing big-name free agents. By this date in 2000, a 25-year-old Alex Rodriguez had already inked his market-shattering 10-year, $252 million deal with the Texas Rangers.

The market for Harper has been more tepid than expected for a former MVP with six All-Star appearances and a Silver Slugger under his belt with prime years remaining in front of him.

Nevertheless, there is a list of usual suspects — and one major underdog — linked to the left-handed slugger, who is rumored to be seeking a long-term deal in the range of $350 million.

Here is the latest on some of the teams linked to Harper:

The Phillies have been in the forefront of teams linked to Harper since the beginning, and Philadelphia’s front office has been very active already with the additions of Jean Segura and Andrew McCutchen.

It appears Philadelphia also is on Harper’s shortlist.

.@BNightengale on Bryce Harper free agency: White Sox and Dodgers have emerged as bidders, but Phillies still appear to be the favorites to land Harper pic.twitter.com/zFe6cY2Vts

The Dodgers seems to be another perfect fit. A major market and a team built to contend now checks two boxes for Harper, The Washington Post’s Dave Sheinin wrote Wednesday night. And we all know the Dodgers have the finances to make such a splash.

It’s also been reported that LA is shopping outfielders Yasiel Puig and Matt Kemp, potentially to make room for Harper.

I can confirm @Ken_Rosenthal report that #Dodgers and #Reds have discussed trades with the intention of clearing salary for LA. Puig, Kemp, Wood and Hill have all been discussed, presumably allowing them to take on more money like Kluber?s $17.5M and possibly Harper.

Yes, those White Sox, the same ones that have not had a winning season since 2012, and have not made the playoffs since 2008. But the South Siders have emerged as potential front-runners in the Harper sweepstakes. The Athletic’s Joe Fegan wrote Thursday the White Sox’s pursuit of Harper is in fact legitimate.

So far only five different fan bases took this as a direct indicator that their team is landing Harper, so the White Sox still have a good shot https://t.co/g3LNdGdHuC

The Washington #Nats offer to Bryce Harper at end of season was worth $284 million over 10 years when factoring in the deferred money.. #Whitesox owner Jerry Reinsdorf has had two phone conversations with agent Scott Boras but no offers yet submitted. https://t.co/AzuNdQV0gK

Are they interested, or are they not interested? At this point … no one really knows. But it wouldn’t be to wise to ever exclude the Bronx Bombers from any major free agent sweepstakes, especially one that includes a player of Harper’s stature. Harper seems built for Yankee Stadium, and grew up dreaming of donning pinstripes.

Yankees general manager Brian Cashman on Tuesday said the Yankees did not have a spot for Harper, but agent Scott Boras pumped the Yanks back into the conversation Wednesday. Cashman also reeled back his previous statements, calling the Yanks a “fully operational Death Star,” Newsday’s Erik Boland reported Wednesday night.

Full context on Cashman quote re Harper:"We?re prepared to pivot & react at any given moment if things change…If something doesnt make sense today, doesn?t mean it won?t make sense tomorrow. U know what my focuses are, but at the same time, we?re a fully operational Death Star"

Washington general manager Mike Rizzo said the Nationals were likely out on Harper, but the door may still be “open.” It would not be outside the realm of possibility to see the Nationals swing back around to re-acquire the slugger, who spent his first seven seasons in Washington. The Nationals did offer Harper a 10-year deal reportedly worth $300 million that the lefty rejected.

Boras was also not ready Wednesday to say that the Nationals are out of contention to bring Harper back to the nation’s capital.

Scott Boras on the Nationals leaving the door open to re-sign Bryce Harper: "I think when they say the door is open, I would certainly pay attention to what they say" pic.twitter.com/U7gO5KJ0Ul

Where Harper ends up is anybody’s guess. One thing that’s certain is that it will be among the most closely watched stories this offseason. 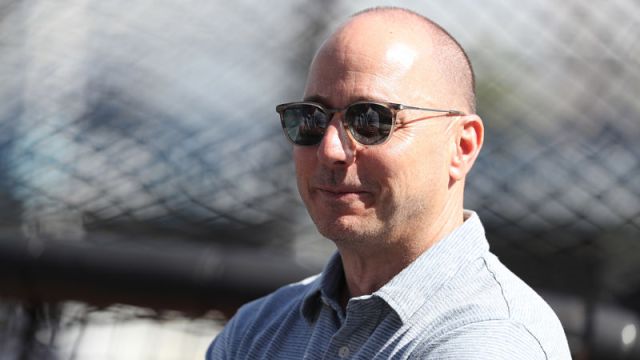 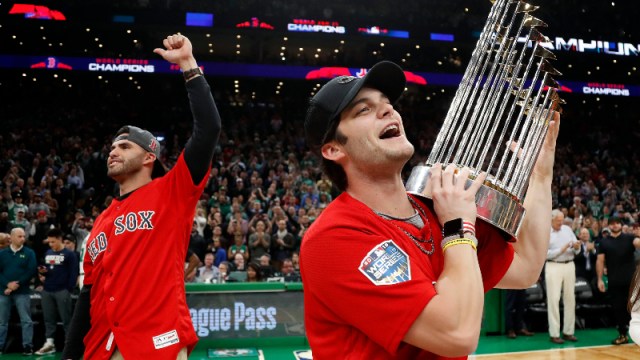