Manny Machado doesn’t exactly have the greatest history with the Boston Red Sox, but the star shortstop apparently hoped to let bygones be bygones on the open market.

Machado, along with Bryce Harper, is one of the crown jewels of Major League Baseball free agency this winter. And while the Red Sox never really had a fit for Machado, the four-time All-Star apparently liked the idea of taking his talents to Boston.

In a recent column for Fancred Sports, Jon Heyman provided the latest update on Machado, who many are starting to believe will join the New York Yankees in the near future. But sprinkled in Heyman’s report was a nugget about Machado’s interest in the Red Sox.

?I think he ends up in New York,? a rival executive told Heyman. ?He wanted to be with the Yankees or Red Sox. We?ve known that for a while. And it?s not going to be Boston.?

The Red Sox’s payroll already is among the steepest in the big leagues, so it would have been pretty tough to reel in Machado from a financial standpoint. That said, Xander Bogaerts becomes a free agent at the conclusion of the 2019 season, which could result in a void at the shortstop position.

While it’s a near certainty Machado won’t be signing with the Red Sox in free agency, he’ll end up crossing paths with them quite a bit if he ends up becoming a Yankee.

Patriots React To Josh Gordon Suspension: ‘He Was A Great Teammate’ 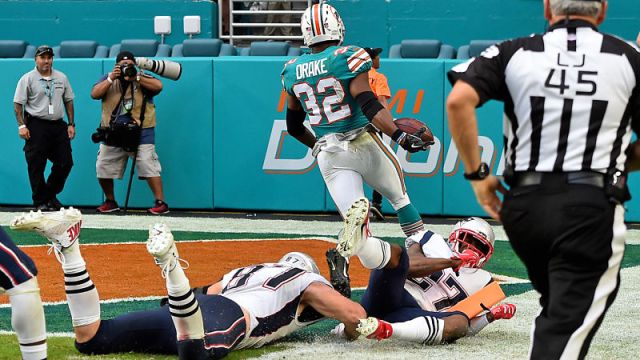 Dolphins File Trademark For ‘Miami Miracle’ After Win Vs. Patriots