Bryce Harper is among the biggest prizes in free agency this offseason, and it only seems natural he’d be linked to the New York Yankees as a result.

But what if those in power in The Bronx aren’t willing to bet the farm on him?

Harper and Manny Machado are the top position players available on the open market this winter, and both have had the Yankees as a rumored suitor. But in a piece in The New York Post assessing the Yankees’ organizational approach after missing out on Patrick Corbin, Joel Sherman tucked in an interesting nugget about New York’s pursuit, or lack thereof, of Harper.

“The Yankees? plan with Machado has always seemed as patient, opportune shoppers,” Sherman wrote. “The reality is that the Phillies also finished as runners-up for Corbin. With or without Corbin, the Phillies were expected to be motivated shoppers on Machado and Bryce Harper. Is that greater now? The Yanks seem to have little interest currently in Harper. But if, say, the Phillies sign the lefty slugger, what does that do to the Machado market?”

Harper is an impact bat that surely would shake up the middle of the Yankees’ already potent order. But because New York already is stacked in the outfield, there wouldn’t be much of a fit for Harper without moving him to first base.

So while it shouldn’t be much of a surprise that the Yankees are reticent to go right after Harper, never say never when it comes to New York in the offseason. 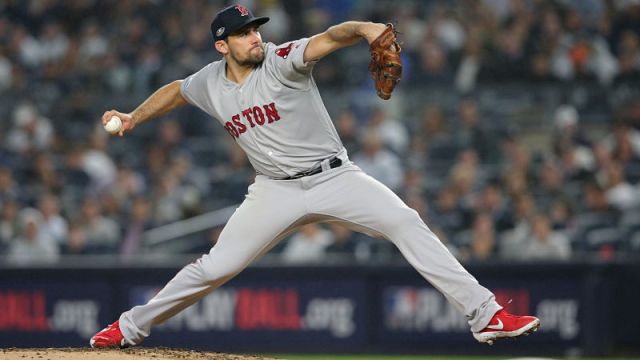