Mike McCarthy’s Sunday went from bad to worse in a matter of hours.

After the Green Bay Packers lost to the Arizona Cardinals at Lambeau Field and put their playoff chances further out of reach, Green Bay swiftly made a personnel move.

The move shouldn’t come as a surprise as the Packers sit at a dismal 4-7-1 in the NFC North. Offensive coordinator Joe Philbin will man the sidelines for the remainder of the season.

There’s been whispers about a rift between quarterback Aaron Rodgers, who turned 35 Sunday, and McCarthy after many believed he took a few jabs at his now-former head coach after Green Bay defeated the Buffalo Bills in September.

Green Bay looks to salvage what’s left of its season next Sunday with a 1 p.m. ET matchup against the Atlanta Falcons. 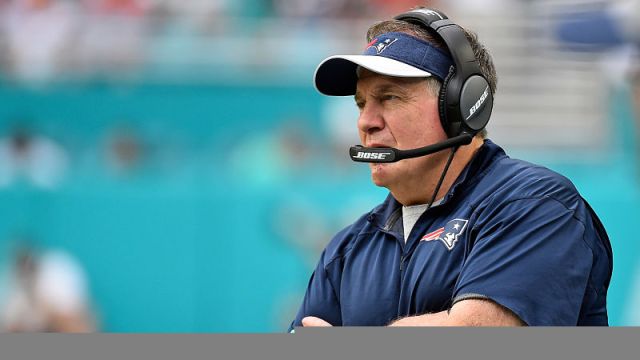 Bill Belichick Freaks Out On Adam Thielen In Patriots-Vikings Game

Who Helped Patriots Most After Late Charge In 24-10 Win Over Vikings?