Tom Brady claimed Sunday he feels “100 percent” and that he’s “not injured.” New England Patriots fans have to be hoping their quarterback is a liar.

Because if Brady keeps playing like he did in Sunday’s 24-12 win over the Buffalo Bills, then the Patriots might be in heaps of trouble come the postseason.

Brady went 13-of-24 for 126 yards with one touchdown and two interceptions. He didn’t complete a single deep pass and attempted just one throw that traveled 15 yards or more. Brady also continued to do everything he could to shy away from contact. He got the ball out, on average, in just 2.15 seconds, marking his quickest trigger finger of the season. It’s the fastest Brady’s released the football since the Patriots’ Week 17 win over the Miami Dolphins during the 2016 season.

Brady seems in self-preservation mode as he releases a litany of dump-off passes to running backs and slot receivers. The plan resulted in a win over the Bills in Week 16, though no one should be convinced the Patriots will get the same results in the postseason. Most of New England’s offense was generated on the ground by way of 273 rushing yards. The Patriots’ rushing attack has been just as inconsistent as every other facet of their game this season, however.

We went through all of Brady’s incompletions Sunday to determine fault. Here’s what we found:

1. Dropped by wide receiver Julian Edelman while thrown under pressure.

— This was Edelman’s second drop in as many weeks.

2. Batted at the line by linebacker Tremaine Edmunds while under pressure.

— Brady rushed this throw and was lucky it wasn’t intercepted. While it appears Brady’s interceptions were not his fault, he got fortunate on this one.

3. Overthrown deep to tight end Rob Gronkowski while under pressure.

— Brady’s throw was errant as he fell back from contact. — White only was able to reach out and get one hand on the football.

5. Intercepted by linebacker Lorenzo Alexander after miscommunication with running back Rex Burkhead.

— We’ll blame Burkhead for running his route the wrong way on this one.

6. Thrown low to wide receiver Cordarrelle Patterson while under pressure.

— Pressure wasn’t bearing down too closely, but Brady still turned away as he released the ball.

7. Intercepted by safety Jordan Poyer after drop by Gronkowski.

— This was completely on Gronkowski. He should have caught the ball.

8. Underthrown to Edelman under pressure.

— Brady retreated and threw off his back foot. 9. Thrown away after broken screen to James Develin.

— It’s fair to wonder why a screen was designed to Develin. Brady gave up on the play before it even had a chance to develop.

10. Thrown behind White while under pressure.

— Brady evaded pressure. It’s possible Brady thought White was going to sit down in his route.

11. Thrown short to Gronkowski while under pressure.

— Brady weakly threw the pass short of Gronkowski while falling away from pressure. Brady definitely is being bothered by some sort of leg injury. He was listed on the injury report as recently as two weeks ago. It should help that the Patriots leapfrogged the Houston Texans into a postseason bye and the No. 2 seed in the AFC playoffs Sunday. Now all they have to do is maintain that seeding with a win over the New York Jets in Week 17 at Gillette Stadium. Brady and the Patriots then will get a week of rest until the truly must-win games begin. 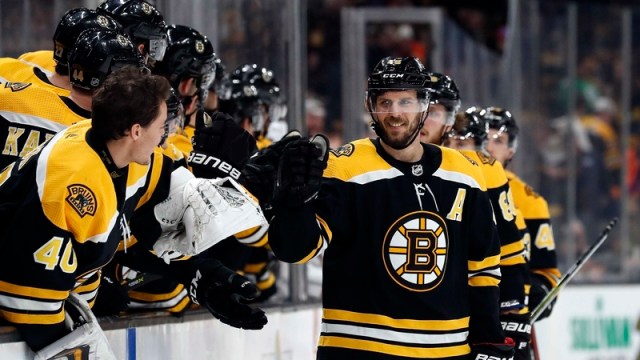