The New England Patriots are hoping the Pittsburgh Steelers, Buffalo Bills and New York Jets experience flashbacks over the final three weeks of the season.

In an odd quirk, the final four weeks of the 2018 Patriots schedule are identical to the final four weeks of their 2017 slate. Both years, the Patriots finished the season at Miami and Pittsburgh and then home against the Bills and Jets. In both years, the Patriots lost Week 14 to the Dolphins in Miami. The Patriots finished off last year’s schedule with wins against the Steelers, Bills and Jets. If they can do that again this season, then they’ll lock up at least the No. 2 seed in the postseason and a first-round bye.

If the Patriots want Gordon back next season, they should sign him to the first-round tender. Given Gordon’s history, it seems unlikely any team would give up a first-round pick to acquire him.

If they’re looking to tempt another team into giving up a draft pick for Gordon, then they should give him a second-round tender. Gordon has been great this season, but he obviously has not been reliable throughout his career. If the Patriots got a year out of Gordon, a second-round pick and a seventh-round pick, and all they had to give up to the Cleveland Brown was a fifth-round pick, then they made out like bandits (and not the wet or sticky kind). And if another team doesn’t want to give up a second-round pick for Gordon, then the Patriots would get him for another year at the low, low price of around $3.1 million.

The idea of Gordon staying with the Patriots in 2019 and beyond is definitely fun. And the marriage has gone swimmingly so far. But the safer option is cashing out before any issues present themselves. There’s really no wrong answer here.

Are you surprised by James White’s dip in usage and what do you think the reasoning is for it? #MailDoug
— @brandoncarney
I’m actually not too surprised because I predicted this last month.

I think there are a number of factors in play. White hurt his knee against the Green Bay Packers in Week 9 and hasn’t had more than seven receptions or 13 touches in a game since.

The biggest factor for White’s dip in production is the improved health of running backs Sony Michel and Rex Burkhead. Michel and Burkhead are being used more, so White’s snap rate is going down.

White’s knee injury also might have scared the Patriots into scaling him back a little bit. White has never really got banged up before, and they clearly need him at full health for the postseason.

There’s also the fact that Gordon, Julian Edelman and Rob Gronkowski recently have been eating up Tom Brady’s targets. There are more mouths to feed, and White is receiving fewer passes. Gordon especially has come on strong over the second half of the season.

White was the Patriots’ first-half MVP. He probably won’t be in consideration for season-long MVP if this dip continues.

White’s usage might stay down over the last three weeks of the season, but we wouldn’t be shocked if it shot back up in the playoffs.

Is it too early to say that the GRONK is back? #MailDoug
— @BriBriTheSlyGuy
Yes. Rob Gronkowski proved he can still be productive Sunday against the Miami Dolphins. That’s a good first step. But Gronkowski still didn’t quite look to be moving as well as he once did out there on the field, despite catching eight passes for 107 yards with a touchdown.

The Patriots’ air attack looked really good for most of Sunday’s game. They’ll be tough to stop with Gronkowski, Josh Gordon and Julian Edelman catching passes from Tom Brady. Now the ground game has to pick up its own slack. I expected the Patriots’ rushing attack to be much better once Rex Burkhead came back from injury. That hasn’t been the case so far, but they have three more games to find some consistency before the postseason begins.

should kyler murray try to join the nfl?
— @jasproemelt
Personally, I’d love to see Kyler Murray try to play in the NFL, but pursuing baseball is the smart chioce. Let’s use pitcher and former Notre Dame wide receiver Jeff Samardzija as an example. By the time Samardzija’s current contract is up, he’ll have made $122.7 million playing baseball, he’s made one All-Star team, and his career isn’t finished.

If Samardzija had pursued in the NFL, he would have been part of the 2007 NFL Draft class. Calvin Johnson was the third overall pick that year. He’s one of the best wide receivers of all time, and he only made $113.8 million in his NFL career.

Ted Ginn, who’s still playing, was the next highest drafted receiver. His total career earnings are $36.4 million so far.

Among wide receivers drafted in 2007, only Ginn is still playing.

Murray is 5-foot-10 and slimmer than other short quarterbacks like Russell Wilson, Baker Mayfield and Drew Brees. He’d be playing a more dangerous sport, and teams could be scared off by his stature. There’s also this: If Murray flames out playing baseball, he’s still young. Brandon Weeden was drafted in the first round of the 2012 NFL Draft at 28 years old. Murray should see how he does on the diamond first. And if it doesn’t go so hot, he always has football as a second career to fall back on.

Do you think JC Jackson will do good against AB, and what do you think his statline will be?
— @pereira_report
If Jackson really does cover Antonio Brown, I think he’ll fare pretty well, especially if he has help over the top from Devin McCourty and Duron Harmon. I could even see Jackson picking off Steelers quarterback Ben Roethlisberger.

Something will have to give if Jackson covers Brown, though.

Brown has scored 12 touchdowns this season. He has a touchdown in 10 of his 13 games. Jackson hasn’t let up a touchdown all season.

Brown has 12 catches of 25 yards or over this season. Jackson hasn’t let up a single catch over 24 yards.

What are the odds that the Patriots take advantage of a STACKED draft class at DT to let both Shelton AND Malcom Brown walk out next summer #MailDoug
— @m_vill9
Danny Shelton might not even make it through the season, since he’s been a healthy scratch two straight weeks.

I also wouldn’t be surprised if Brown is gone next season too. The Patriots didn’t pick up his fifth-year option, so he’ll be a free agent after the season. As a 2015 first-round pick, some team might still be enamored with him and be willing to pay him more than the Patriots. Brown might also be looking for some new digs after the Patriots chose not to pick up that option.

Expectations for Obi Melifonwu this week?
— @pereira_report
Melifonwu didn’t play a single snap Sunday against the Miami Dolphins, so that’s tough to say. I think he’ll have an unpredictable role moving forward. I think he could contribute in man coverage against tight ends, but the Patriots have to feel confident enough to put him out there on defense first.

My question: Can I join you on your next lavish Disney trip?
— @_frednutter
I’ll say this: If something goes really, really, really wrong on a Disney World trip, the company more than makes up for it.

That being said, I sandwiched in a Disney World trip around the Miami Dolphins trip, and I’ll be back there again very soon.

Look at this little fluff head

As of now, if the Patriots suffer no key injuries and secure the #2 seed, their season ends with a:

A) a parade
B) a SB loss
C) a AFCCG loss
D) a divisional loss
E) Doug doesn?t make predictions

#MailDoug
— @WYTSports
I don’t know if I’m ready to make a prediction. I’m usually pretty optimistic when it comes to the Patriots. I think they win out and get the No. 2 seed, but this year’s team isn’t as consistent as most Patriots squads. I think the Patriots are right up there with other AFC teams after the Chiefs released Kareem Hunt. I guess I’ll say I still think the Patriots make the Super Bowl. Who knows what happens from there.

How many Tom Brady?s would it have taken to be at the goal line to make the tackle Gronk missed
— @Who_Harted
Oh man. That’s a good question. Maybe like 20? 30?

Where can i find tickets for JC Jackson’s hype train? #MailDoug
— @erickperdigao
Just feel free to Venmo me money and I’ll deliver it to the right place.

Is it time to panic about Gostkowski? #MailDoug
— @basiaMD
No chance. Stephen Gostkowski is fourth in the NFL in extra point percentage, and he’s only missed five field goals this season, three of which came from 50-plus yards. There’s value in having a dependable kicker, and Gostkowski has been dependable throughout his career.

From @stephenasmith Do you think the Patriots will have Rodney Harrison in man following Heath Miller around on Sunday? #MailDoug
— @FetzerValves
Louis Lipps is for sure a player to watch on Sunday. You have to keep your eye on Kevin Greene on defense too. 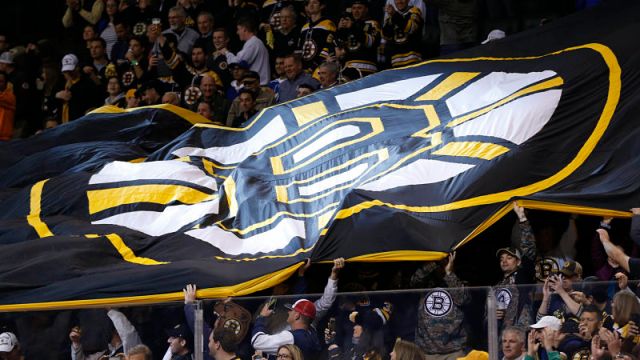 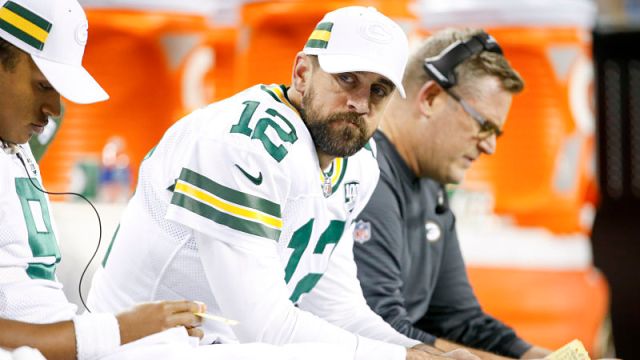