FOXBORO, Mass. — Some notes and nuggets from the New England Patriots’ 24-12 win over the Buffalo Bills on Sunday at Gillette Stadium:

— Defensive end Ufomba Kamalu made a powerful first impression in his Patriots debut.

Kamalu, who was promoted from the practice squad Friday to fill the suspended Josh Gordon’s spot on the 53-man roster, sliced into the backfield on his first defensive snap as a Patriot and buried running back LeSean McCoy for a 4-yard loss.

The 26-year-old was all smiles as he recounted the play after the game.

“I saw everything happen, and then it happened,” Kamalu said. “I was so excited and so, like … it was a release almost. Finally playing. It’s been a long year. It was a big release.”

Ufomba Kamalu was pretty fired up to get a tackle for loss on his first snap as a Patriot. pic.twitter.com/8HIOpzIgz7

Kamalu spent seven weeks on the practice squad before earning his call-up. Before that, he played two seasons with the Houston Texans — appearing in 16 games and tallying three sacks — and spent a month on the Arizona Cardinals’ practice squad.

“It’s been a journey,” the Miami product said. “That’s kind of what life is — it’s a journey. I was in Houston, I got released, and now I’m here. So it’s still ongoing. There’s still more to come.”

Kamalu said he learned Saturday he would be suiting up against the Bills. He got the nod over veteran edge rusher Adrian Clayborn, who was a healthy scratch for the first time this season.

“Honestly, you would think I would be nervous, but I wasn’t nervous at all, because I felt like I had a good week of practice,” Kamalu said. “We pretty much went through and saw everything the offense could throw at us, so I was just calm and ready to play.”

In addition to the 13 snaps he played on defense, Kamalu also was a member of the Patriots’ kickoff team. As a 6-foot-6, 300-pounder with impressive athleticism for his size — you don’t see many 300 pounds covering kicks — it’ll be interesting to see how the Patriots utilize this newcomer’s distinctive skill set in the coming weeks.

— After the game ended, many Patriots players flipped on the Houston Texans-Philadelphia Eagles matchup, which had major playoff implications for New England.

Kamalu, though, said he didn’t, because he knew his old team would lose.

“I kind of knew the Eagles were going to pull through some way, somehow,” he said. “I was just like, ‘I mean, it’s going to happen.’ It was just a feeling, because we took care of business here, and I just thought business was going to be taken care of over there.”

That hunch proved accurate. The Eagles won 32-30 on a last-second field goal, leading the Patriots — who leapfrogged the Texans to move back into second place in the AFC — to sing Nick Foles’ praises in the locker room.

— In an odd twist, Cordarrelle Patterson’s best rushing performance of the season came in a game in which he rarely lined up at running back.

The multitalented wide receiver tortured the Bills with jet sweeps, racking up a season-high 66 rushing yards on just four carries before leaving the game with a knee injury in the second half.

“CP is a beast,” fellow receiver Julian Edelman said. “Once he has that ball in his hands, he does magical things.

“He turns the corner like no other,” Bills safety Micah Hyde told reporters. “When he’s running full speed, he can turn the corner. Most guys, when they run that fast, they can’t turn the corner.”

— Defensive tackle Danny Shelton returned to the lineup after three consecutive healthy scratches and helped shore up a Patriots defense that allowed just 72 rushing yards after being gashed on the ground against the Minnesota Vikings, Miami Dolphins and Pittsburgh Steelers.

?It?s definitely a great feeling just to be able to win in December,” Shelton, who is headed to the postseason for the first time in his career, told Mark Daniels of the Providence Journal. “I?m just glad I was able to be a part of it.? 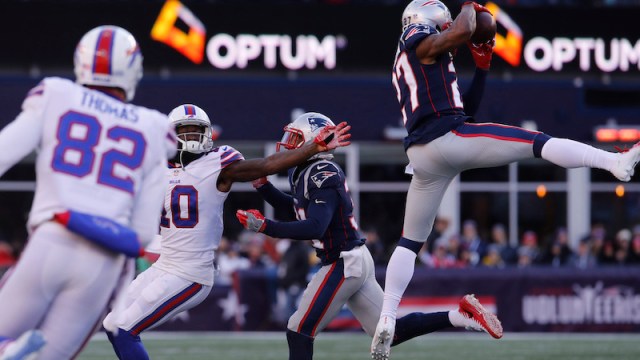 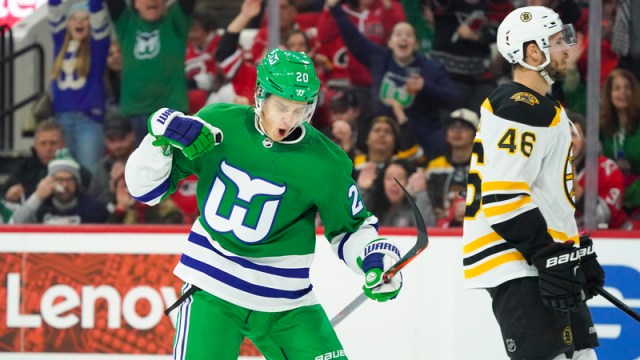