Update (3:37 p.m. ET): The Patriots announced Devin McCoury has been downgraded to out.

Origianl Story: FOXBORO, Mass. — The New England Patriots have had their way with the New York Jets so far, jumping out to a 28-3 lead at Gillette Stadium.

While the Patriots are well on their way to securing a first-round bye in the playoffs for the ninth consecutive season, it wasn’t all good news Sunday.

Safety Devin McCourty exited Sunday’s tilt in the third quarter after taking a hard hit during a 12-yard run by Trenton Cannon. The veteran safety went to the sideline before heading back to the locker room.

The team announced he is questionable to return with a head injury. 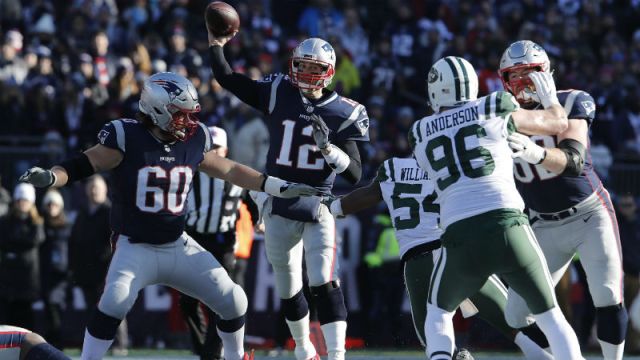