The New England Patriots’ rushing defense has become a highway in recent weeks.

(As evidenced by allowing 142 yards on 19 carries to someone named Jaylen Samuels.)

But is the Patriots run defense one of the worst in NFL history? The eye test says not quite, but the numbers tell a different story.

Check out this stat from NESN.com’s Zack Cox:

How?s this for a stat: The Patriots have allowed 7.64 yards per carry over the last three games. That?s the worst three-game mark in franchise history and the fourth-worst by any NFL team since the merger, per @pfref.

Take a look at how New England’s run D has performed the last three weeks:

On the season, the Patriots have given up 5 yards per rush, which ties them with the Los Angeles Rams and the Kansas City Chiefs for worst in the NFL. New England has given up 1,627 total rushing yards 116.2 yards per game, both of which rank 17th in the league.

Make of those numbers what you will, but we say they paint a picture of a dreadful rush defense.

You can enjoy the rest of the NFL season with online sports betting at Skybook.ag. 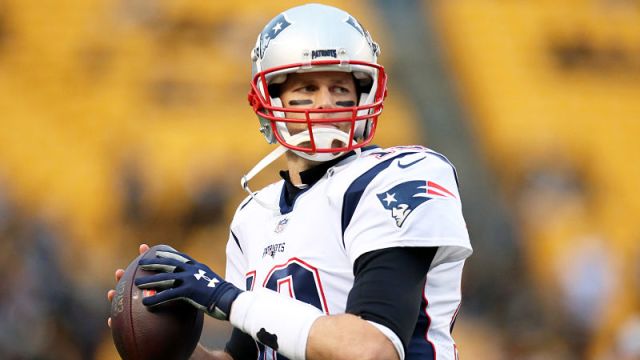 Tom Brady Not Worried About Patriots’ Road Struggles; Should He Be?

Tom Brady’s Haters, Of Which There Are Many, Revel In Patriots’ Two-Game Skid