Ahead of last year?s Super Bowl rematch between the New England Patriots and Philadelphia Eagles, we dove into the archives to bring you 39 things you might have forgotten about their previous meeting, which came in Super Bowl XXXIX.

And since Super Bowl LIII is another repeat — Patriots vs. Los Angeles Rams — we decided to run back that format.

Here are 36 things you might have forgotten about Super Bowl XXXVI, which the Patriots won 20-17 over the then-St. Louis Rams to kick-start one of the longest-running dynasties in American professional sports:

1. The Rams were favored by 14 points, tied for the third-largest point spread in Super Bowl history. Only one Super Bowl competitor since has even been favored by double digits (2007 Patriots, -12).

2. Tom Brady was coming off an ankle injury that had knocked him out of the Patriots? AFC Championship Game win over the Pittsburgh Steelers, and there was some concern over whether he?d be 100 percent. Early in FOX?s Super Bowl broadcast, sideline reporter Ron Pitts reported Brady had his ankle massaged for 45 minutes during pregame and received a pain injection ?just for peace of mind.”

3. Due to the postponements following the 9/11 attacks, the Super Bowl was pushed back from Jan. 27, 2002 to Feb. 3. It marked the first time a Super Bowl had been played in February, which now is an annual occurrence.

4. Those early 2000s Patriots teams were built on defense, not a prolific passing attack. Case in point: Brady completed just 16 of 27 passes for 145 yards and one touchdown against the Rams. That yardage total is his second-lowest ever in a playoff start, not counting the aforementioned Steelers game.

5. The Patriots allowed 272 points during the 2001 regular season, sixth-fewest in the league. The Rams, who are remembered most for their record-setting ?Greatest Show on Turf” offense, allowed 273.

6. The Patriots chose to be introduced as a team, setting a trend all Super Bowl teams since have followed.

7. As was the case in each of their first seven Super Bowls under Bill Belichick, the Patriots did not score in the first quarter.

9. Ty Law scored the Patriots? first points when he intercepted a Kurt Warner pass and took it back 47 yards for a touchdown midway through the second quarter. To date, Law is the only Patriots player to score a defensive touchdown in a Super Bowl.

10. Under today?s rules, Law?s pick-six would have been called back for roughing the passer on Mike Vrabel, who nailed quarterback Kurt Warner in the facemask as he released the ball. 11. The Patriots’ other starting cornerback, Otis Smith, also had an interception later that set up a Patriots field goal. Smith was 36 years old at the time, older than all but one player (Brady) on New England?s current roster.

12. His performance rarely gets mentioned, but Smith was excellent in this game. He blanketed Pro Bowl receiver Torry Holt, allowing just two catches on six targets for 13 yards, according to Pro Football Focus.

13. According to John Madden on the game broadcast, the Patriots simulated the speed of the Rams? receivers (Isaac Bruce, Holt and Az-Zahir Hakim) by having their scout-team wideouts line up 3 yards downfield in practice.

“Just to get the feeling of how quickly these receivers get up the field on you,” Madden said.

14. The Rams outgained the Patriots 427 yards to 267 but committed three turnovers to the Patriots? zero. Seventeen of the Pats’ 20 points came off turnovers.

“Most fullbacks should be nicknamed ?Meat,? I think,” Madden correctly noted after Hodgins hauled in a first-quarter reception.

16. Antowain Smith?s 92 rushing yards are the most ever by a Patriots running back in a Super Bowl. 18. Backup left tackle Grant Williams replaced an injured Matt Light on the final Patriots drive of the first half and laid a key block to help set up New England?s lone offensive touchdown. Williams took out two Rams defenders to clear a lane on an 8-yard carry by running back Kevin Faulk. 19. One play later, Brady found David Patten in the corner of the end zone to put the Patriots ahead 14-3 entering halftime. The three points were the fewest the Rams scored in the first half of any game all season.

20. Patten’s touchdown catch was Brady’s only completion to a wide receiver not named Troy Brown.

21. Reserve cornerback Antwan Harris — who?s best known for returning a blocked field goal for a touchdown in the ?01 AFC title game — also helped make Patten?s score possible by punching the ball out of Ricky Proehl?s hands on the previous Rams possession, resulting in a fumble that Terrell Buckley recovered.

23. The Patriots had an odd offensive line quirk in 2001: When Brady was under center, Damien Woody would snap him the ball. But when Brady stepped back into the shotgun, left guard Mike Compton would switch to center, with Woody kicking out to guard. Not something you see every day.

24. Brady got trucked by future Hall of Fame defensive back Aeneas Williams while trying to block downfield on a Patten reverse. 25. The Patriots dialed up a halfback pass late in the third quarter, but Faulk was tackled before he could make the throw.

26. Adam Vinatieri’s game-winning field goal likely wouldn’t have been necessary if safety Tebucky Jones’ 97-yard fumble return for a touchdown early in the fourth quarter hadn’t been called back.

Jones’ scoop-and-score — which came on fourth-and-goal — appeared to give the Patriots an overwhelming 24-3 lead with 10 minutes remaining, but a defensive holding penalty on Willie McGinest wiped it away. The Rams went on to score a touchdown to cut the lead to 17-10, and Jones lost his chance to go down in history as a Patriots icon.

27. As time began to wind down in the fourth quarter, Madden mentioned Vrabel had been out on the field before the game running routes and catching passes from Drew Bledsoe. The linebacker wouldn’t see any playing time on offense in this particular game, but he’d catch a touchdown pass in each of the Patriots’ next two Super Bowls.

28. The Patriots held three-time defending NFL Offensive Player of the Year Marshall Faulk to 76 yards and zero touchdowns on 17 carries. The Rams running back had averaged 145.8 rushing yards per game and rushed for nine touchdowns over his previous five contests.

29. With the Patriots leading by seven with less than five minutes remaining, McGinest dropped Warner for a 16-yard loss to push the Rams out of field-goal range. They punted two plays later before tying the game on their next possession.

30. The Rams’ game-tying drive lasted just three plays: 18-yard completion to Hakim, 11-yard completion to Yo Murphy, 26-yard touchdown to Proehl. Two years later, Proehl would go on to tie Super Bowl XXXVIII in the final minutes with a touchdown catch for the Carolina Panthers.

31. Madden initially suggested the Patriots take a knee and play for overtime after they received the ball with 1:21 remaining. He changed his tune after Brady began marching New England down the field.

32. This was the final game together for Madden and longtime broadcast partner Pat Summerall, who retired after the 2001 season.

33. Third-string Patriots running back J.R. Redmond had one carry for minus-4 yards over the first 58 minutes of action. He had three catches on three targets for 24 yards and two first downs on the game-winning drive.

34. Brown’s 23-yard catch on the final drive was the longest play of the game for New England, and it moved the Patriots into field-goal range.

35. Tight end Jermaine Wiggins caught Brady’s final pass of the game to make Vinatieri’s kick a bit more manageable. It was just Wiggins’ second catch of the game and his last in a Patriots uniform. 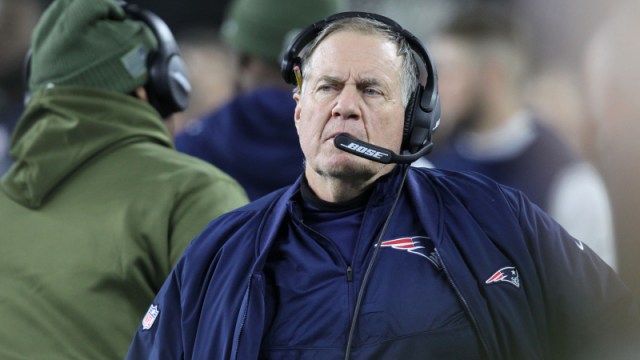 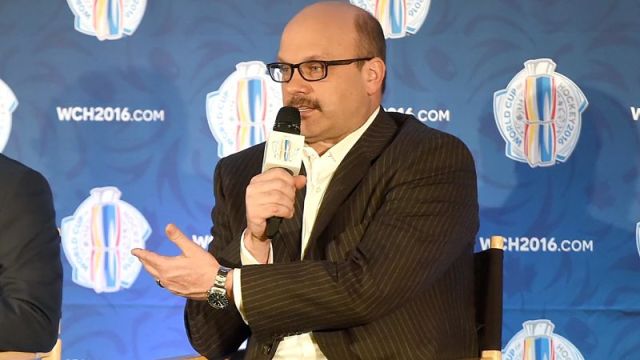