BOSTON — The Boston Bruins will look to extend their season-high win streak to six when they welcome the reigning Stanley Cup champion Washington Capitals to TD Garden on Thursday night.

The Bruins are coming off a 4-0 dismantling of the Minnesota Wild on Tuesday, while the Capitals claimed a 5-3 victory over the Philadelphia Flyers on the same night.

Washington is in a bit of a funk despite being atop the Metropolitan Division, having won just two of its last five games.

Boston still is without Charlie McAvoy, who’s recovering from a foot injury, but head coach Bruce Cassidy noted the young defenseman may be able to return Saturday against the Toronto Maple Leafs.

The B’s haven’t had much luck against the Caps in recent memory, as they have a 0-10-3 record over their last 13 meetings, including a 7-0 loss opening night.

Cassidy will roll out the same lineup as Tuesday, with the only change being Jaroslav Halak between the pipes. 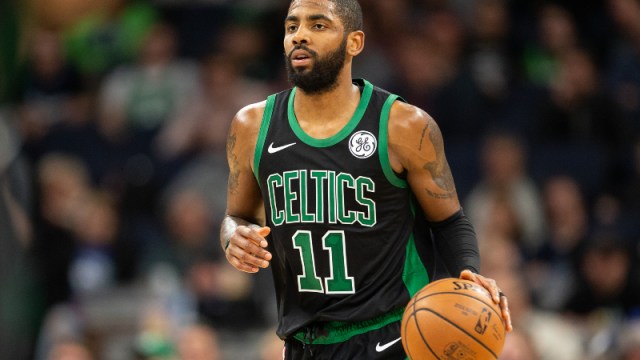 Kyrie Irving Explains Why Playing Alongside LeBron James So Difficult