FOXBORO, Mass. — Bill Belichick might be the greatest head coach in NFL history, but even he doesn’t possess magical powers.

The New England Patriots head coach was asked Tuesday how he can coach for the speed of Kansas City Chiefs wide receiver Tyreek Hill in Sunday’s AFC Championship Game.

“Coach for it?” Belichick clarified. “Like, can we make somebody that fast?”

The reporter then adjusted his question, asking if Belichick coaches his players to focus on angles when pursuing Hill, who might be the fastest player in the NFL.

“Yeah, look, we?ve seen it,” Belichick said. “A lot of our players have dealt with it and, as you said, have to make those subtle adjustments in terms of angles and leverage and so forth. Every situation is a little bit different. Who?s where and how fast everybody is moving and what direction we?re going in and the opponent is going in and so forth. Yeah, certainly there has to be an awareness of that. It?s a little bit different with him than everybody else; no question.”

Hill caught seven passes for 142 yards with three touchdowns when the Patriots beat the Chiefs in Week 6.

?You have to go out there and compete, I think first and foremost, and obviously on different defensive calls we?ll try and have different answers,” McCourty said. “I think probably the most important thing is knowing where the speed guys are, a guy like Tyreek Hill, on every single play. Man, zone, whatever we are playing.

“There were times when we played them the first time where I felt like us in the secondary didn?t do a good job of just knowing where he was and knowing how he could hurt us on whether it was an over route or a deep route or whatever it was. I think going into this week just having an awareness of where he?s at at all times.? 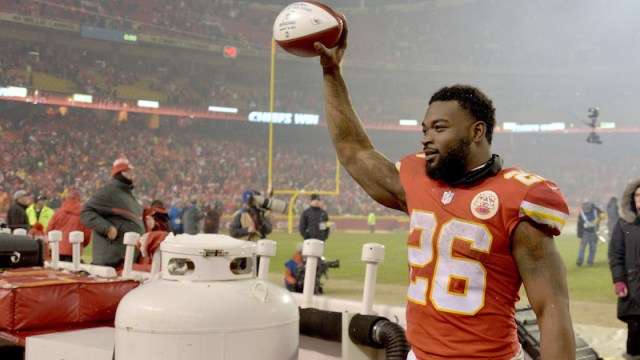