BOSTON — After the display he put on down the stretch last season, it’s not the most well-kept secret that Terry Rozier can more than aptly serve as a starter.

With Kyrie Irving still sidelined due to a left hip strain, Rozier started for the second straight game. The result was the 24-year-old posting his first double-double of the season and third of his career in a 126-94 throttling of the Charlotte Hornets on Wednesday at TD Garden.

Some teams struggle to find one suitable guard to run their offense, but the Celtics are in the enviable position of having one of the best in the game in Irving, plus a reserve in Rozier who would start on many other NBA teams.

“You know exactly what you’re getting (when Rozier starts),” Celtics head coach Brad Stevens said after the game. “And I thought that he had played well off the bench in a few games prior to that, and then you know, even though he didn’t get as many opportunities as far as shooting the ball, I think his — his spark over the last three or four weeks has been really, really impactful.”

Wednesday was the eighth game Irving was inactive this season. However, it’s remarkably clear the Celtics can more than keep their head above water when they have to lean on Rozier.

Here are some other notes from Wednesday’s Hornets-Celtics game:

— Jaylen Brown really has turned a corner these past few months.

While multiple players stepped up in the absence of Irving on Wednesday, Brown arguably played second fiddle only to Rozier in terms of overall performance. The third-year wing posted a game-high 24 points on 10-of-18 shooting, also grabbing 10 rebounds.

During the Celtics’ struggles throughout the season when they’ve been unable to find their identity, Brown deservedly shouldered a good chunk of the blame given the regression he showed. It seems he’s turned simply accepting his role as a reserve player into thriving in it, and over the last four games, he’s averaging 19.5 points on 55.6 percent shooting.

It’s clear the Celtics need this version of Brown to show up on a nightly basis, even if the stats aren’t as eye-popping.

— Between the reemergence of Anthony Davis rumors, plus a nomination to his second-straight Rising Stars game, Jayson Tatum has had quite a few eyes on him lately.

He thrived yet again, scoring 20 points with five rebounds in the win. Even though multiple players ended up elevating their game in Irving’s absence, Tatum set the tone early with 13 first-quarter points.

— The Celtics will finish the month of January with a 10-1 record at home, their lone loss being a four-point defeat at the hands of the Golden State Warriors this past Saturday.

Given the challenges the Celtics have had away from TD Garden (11-13), taking care of business at home becomes all the more imperative. Of course, they need to figure out how to fix their problems on the road, but in the meantime, steamrolling teams on your own floor doesn’t hurt.

— In addition to Rozier, Brown and Tatum’s big nights, the Celtics got meaningful contributions from many others.

Ultimately, all 12 players that entered the game for Boston posted at least two points. 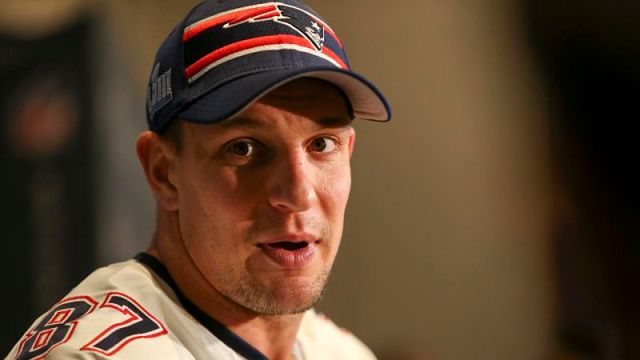 Did Rob Gronkowski Finally Hint Toward Retirement With This Honest Answer? 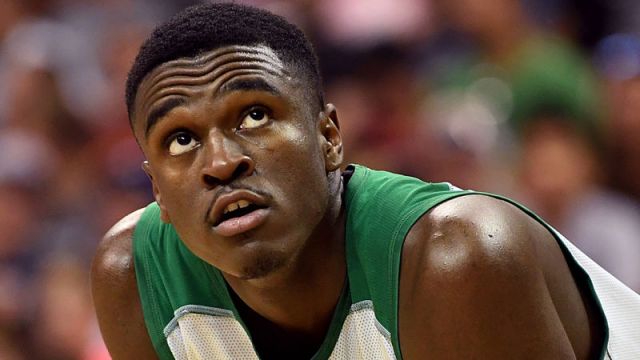