BOSTON — The Indiana Pacers have been a thorn in the Boston Celtics’ side over the past few seasons, but that narrative was nowhere to be found Wednesday night.

The Celtics notched a convincing win in the battle among Eastern Conference powerhouses, steamrolling the Pacers 135-108 at TD Garden.

It was another well-rounded effort for the C’s. Jaylen Brown and Marcus Morris led the way with 22 points apiece, serving as just two of seven Celtics to score in double figures. Domantas Sabonis (20 points) and Victor Oladipo (17 points) led the way for Indiana.

JUMP-START JAYSON
It’s safe to say Jayson Tatum was geared up for this one. The second-year pro scored the first two baskets of the contest en route to a game-high 11 first-quarter points as Boston grabbed a 29-23 lead after one.

Jayson Tatum is on a roll to start this game!

It appeared the Celtics were going to put the Pacers in an early hole, but a cold shooting spell throughout the back end of the first quarter kept the game close. After knocking down eight of their first 10 shots, the Celtics only connected on three of their last 14. Oladipo was the high man for the Pacers with six points courtesy of two 3-pointers.

BENCH BOOST
The Pacers came out strong in the second and managed to knot the score at 35-35 with just under nine minutes remaining in the quarter. But it was all Celtics from there, as the green employed a red-hot offense to close the half on a 33-18 run and take a 68-53 lead into the break.

It wasn’t just Boston’s starters getting it done, though. Brown served as a catalyst with 11 second-quarter points, while Daniel Theis provided five. The Celtics’ bench combined to score 19 of the team’s 39 points in the frame. Morris led the way for the starting five with seven points in the quarter, which saw Boston shoot 68 percent from the field.

Irving grabs the steal and finds Brown who finishes with a smooth layup on the break! pic.twitter.com/TPUn9Asf0B

SEPARATION
For a moment, it seemed as though third-quarter struggles were going to plague the Celtics yet again. After an Irving jumper boosted Boston’s lead to 20 at the 8:15 mark, Indiana chipped away and cut the deficit to just 13 at 5:31. But the C’s didn’t let the visitors completely steal the momentum, as they knocked down seven of their final 10 shots in the third along with eight made free throws to take a 105-80 lead into the final frame.

This was scary from Terry ? pic.twitter.com/uDLzfcXbt2

It was a spread-out attack for the C’s, as six players scored five points or more in the third. Morris led the way with 10, while Terry Rozier provided six after being held scoreless in the first two quarters. Oladipo responded to his quiet first half with 11 third-quarter points, while Sabonis added eight.

CRUISE CONTROL
The Celtics didn’t let the Pacers flirt with a comeback in this one. Boston kept its offense rolling right out of the gate in the fourth quarter, including nine combined points from Rozier and Hayward in the first three and a half minutes of the frame. With this one all but wrapped up, head coach Brad Stevens elected to empty his bench at the midway point of the quarter.

PLAY OF THE GAME
Terry got ’em all.

Terry hits the 3 and gets the foul! pic.twitter.com/Cvef8pBzqx

UP NEXT
The Celtics will play the second leg of their back-to-back Thursday night against the Miami Heat. Tip-off from AmericanAirlines Arena is set for 7 p.m. ET. 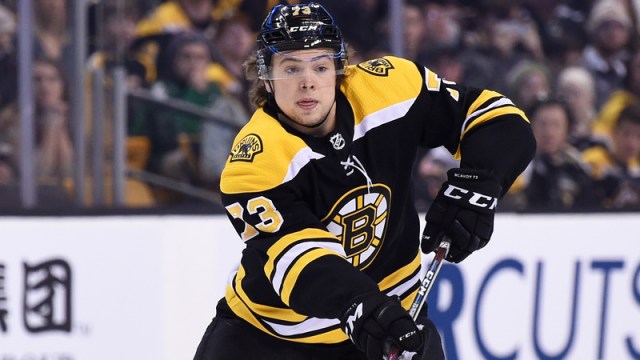 Bruins’ Charlie McAvoy Explains How He Sustained His Current Injury 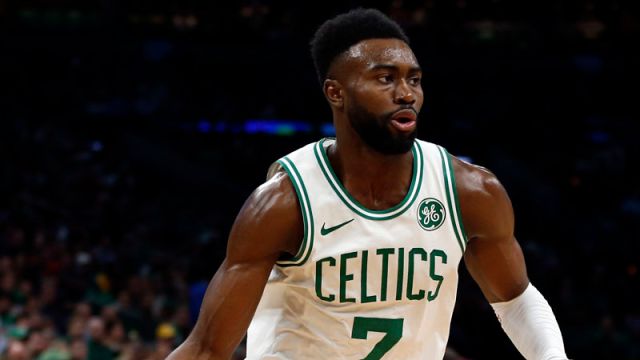