BOSTON — It was a balanced attack that did the trick in Kyrie Irving’s return to action.

The Celtics had eight players score in double digits as Boston cruised to a 116-95 victory over the Brooklyn Nets on Monday night at TD Garden. The C’s remain perfect in their most recent homestand with their third straight win, while also snapping the Nets’ three-game run.

Rodions Kurucs led the Nets with 24, while Spencer Dinwiddie had 15.

MAKING IT HURT
The Nets got off to a sizzling start shooting the ball, but the Celtics took advantage of 10 Brooklyn turnovers to take a 34-22 lead after the opening quarter.

Brooklyn came out firing from beyond the arc, sinking four-straight shots from long range to take a 12-4 lead in the opening two minutes.

The Celtics responded with a 9-0 run, highlighted by 3’s from Smart and Tatum.

Smart added back-to-back triples to gives the Celtics a 23-17 advantage with 5:34 left in the opening quarter.

The C’s pushed the advantage to double digits off a Nets turnover, with Hayward dishing to Tatum for the breakaway dunk to make it 32-22 with 1:04 left.

C’S MAINTAIN LEAD
The Celtics kept it business-like in the second quarter, maintaining their double-digit advantage, and taking a 56-45 lead into halftime.

Smart snapped that cold streak with his fourth trey of the half with 3:28 left in the half.

The final two minutes of the half went by without either team sinking a field goal. The Celtics were unable to capitalize on a handful of opportunities, including this drive from Morris that was denied by Jarrett Allen.

Two free throws from Dinwiddie brought the Nets’ deficit down to 11 points heading into the locker rooms.

C’S WITHSTAND THE PUSH
The Celtics were able to withstand an early push, coming back to outscore the Nets 30-29 in the third quarter to hold an 86-74 leading heading into the fourth.

After Morris opened the second half with a three to make it 59-45, the Nets roared back with a 9-0 run, closing the deficit to five points, the smallest C’s lead since the first quarter.

Irving, who had been quiet with only eight points in the first half, snapped the run with a three to spark an 8-2 C’s run to push the lead back to double digits with 8:13 left in the quarter.

A Morris three pushed the lead to 72-60 with 6:04 left in the third. Horford then fed Irving on the baseline for an easy lay in and Irving returned the favor the next possession, dishing to Horford who made it 76-60 on a jumper with 4:55 left.

The Celtics were able to maintain that double-digit advantage for the rest of the quarter.

ADDING ON LATE
The Nets never were able to close the deficit to under double digits as the C’s were able to cruise to their third-straight win.

The Celtics bench helped run things out late capping the convincing win, ending it with a Robert Williams slams off the feed from Daniel Theis.

PLAY OF THE GAME
Kyrie says it’s good to be back. Theis agrees.

UP NEXT
The Celtics will wrap up their four-game homestand Wednesday night against the Indiana Pacers. Tip-off from TD Garden is set for 7 p.m. ET. 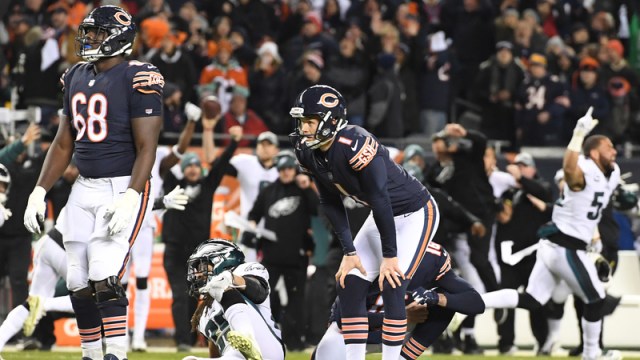 Why Shawne Merriman Believes Chargers Are ‘A Lock’ To Beat Patriots