Put simply, Tuesday was a nice day for the Boston Bruins and their fans.

The B’s erased not one, but two one-goal deficits to the Chicago Blackhawks en route to a 4-2 win in the 2019 NHL Winter Classic at Notre Dame Stadium.

It was the Blackhawks that got on the board first, but David Pastrnak responded with a power-play tally to lock things up at one. The goal also gave him a chance to bust out a (somewhat poorly-executed) LeBron James-inspired celebration.

Trailing again in the second period, Patrice Bergeron tied the game up with a nice backhanded shot.

Sean Kuraly provided the most thrilling tally of the game. With the game knotted at two just beyond the midway point of the third, hustle plays by linemates Joakim Nordstrom and Chris Wagner ultimately led to Kuraly backhanding a loose puck into the back of the net for the game-winning goal.

The Bruins weren’t done scoring, though. With Chicago’s net empty, a nice effort by David Krejci to get a breakaway going as he was being tripped allowed Brad Marchand to pot the fourth goal.

The win resulted in the Bruins jumping the Buffalo Sabres for third place in the Atlantic Division. So yeah, all in all, we’d say it was a pretty good day for Boston. 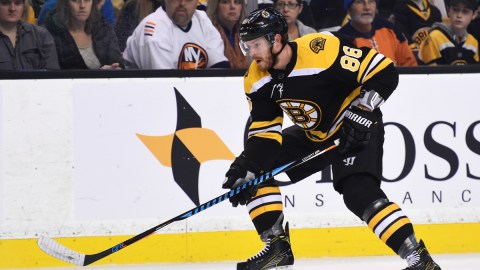 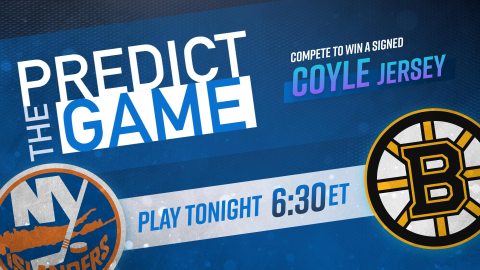