Did Patriots Troll Chargers With This Conveniently Placed Thermometer? - NESN.com Skip to content

The New England Patriots might be playing mind games with the Los Angeles Chargers.

The Patriots will host the Chargers on Sunday in an AFC Divisional Round matchup that will be played in sup-freezing temperatures. And if the Chargers didn’t know that before (they obviously did), they sure do now, thanks to a thermometer taped to a wall that Philip Rivers and Co. will run by when they take the field.

Sounds fishy if you ask us.

Sneaky gamesmanship during the playoffs? The Patriots would never do that…

The Patriots will advance to the AFC Championship Game and a date with the Kansas City Chiefs if they can beat Los Angeles. New England will need great quarterback play from Tom Brady, who reportedly is healthy after dealing with an MCL sprain for “several weeks.” 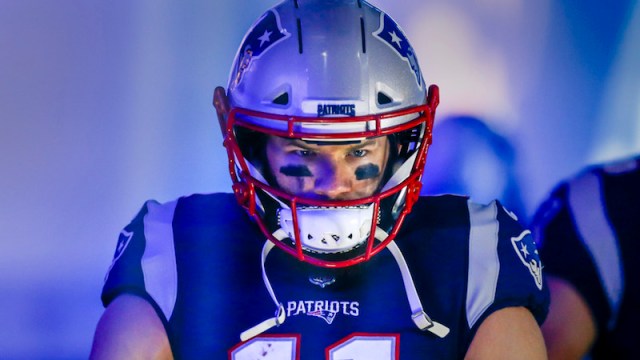