FOXBORO, Mass. — Long before Stephon Gilmore made a living off frustrating quarterbacks, he was one.

When it came time to take his talents to the college ranks, though, Gilmore knew his future would be in defending passes rather than throwing them. At the urging of his father, Steve, he switched to corner before his freshman year at the University of South Carolina.

?I didn?t want to play quarterback going into college,” Gilmore explained after Wednesday’s Patriots practice. “I just figured I could play something else and it would advance my success going to the next level. My dad said I would be a good corner. He was just like, ?You?re tall, you can move. You?d be a bigger corner, but you can still move like a smaller corner, so you should try corner.? And it worked out.?

That it did. After graduating high school early to begin practicing with the Gamecocks, Gilmore, who said he “never played defense growing up,” started every game as a true freshman in 2009. He followed that up with two All-SEC seasons in 2010 and 2011 before being selected 10th overall by the Buffalo Bills in the 2012 NFL Draft.

He added: ?It helped me that I left school early — graduated early high school and went in, so I had a little bit more time to work on my technique. So I just took it day by day and tried to get better.?

It’s unlikely Gilmore ever will get to show off his quarterbacking skills — which current teammate and former high school rival Cordarrelle Patterson said were “like a cheat code” — but his experience under center still is paying off for the 28-year-old.

?Just route recognition, how the receivers stem their routes,” Gilmore said. “It helped me out a lot. … I?m glad I picked the position.” 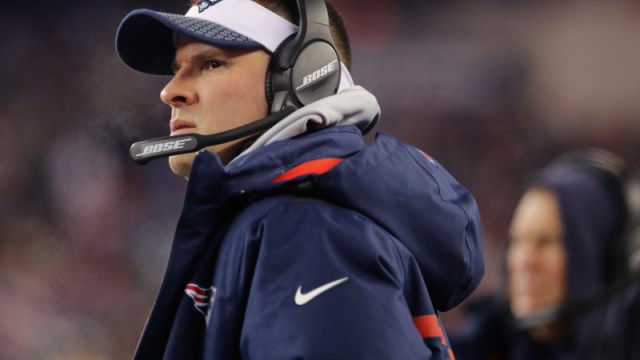