Tom Brady and Bill Belichick are closer to the end of their respective careers than the beginning — we think — so it’s natural to wonder when they’ll retire and under what circumstances.

Neither Brady nor Belichick has said he plans to step away from football after this season — quite the opposite, in fact — but each would have the opportunity to go out on a high note if the New England Patriots defeat the Los Angeles Rams in Super Bowl LIII.

NFL insider Jay Glazer answered questions for a mailbag published Wednesday on The Athletic. Most centered on the upcoming Patriots-Rams matchup and the controversial ending to Sunday’s NFC Championship Game between Los Angeles and the New Orleans Saints, but one inquiry focused on the futures of Brady and Belichick beyond Feb. 3.

“Will Brady and Belichick go out together if they win it all?,” Nate S. asked.

This is the first year that I can see that happening. I have nothing to base this on, besides a gut feeling, but I can see it happening this year. I can see it being one or the other or both. I think Brady steps away before Drew Brees does.

Now, Glazer makes it perfectly clear he’s not reporting anything and simply has a “gut feeling” that Brady and/or Belichick could ride off into the sunset if the Patriots beat the Rams. It’s still interesting to see an NFL insider offer such a theory, though. And if nothing else, it adds to the fascinating discussion of just how much longer the Patriots’ quarterback-coach tandem will wreak havoc in the NFL.

The Patriots’ showdown with the Rams marks New England’s ninth Super Bowl appearance of the Brady/Belichick era. The two have won five titles together so far.

Jerry Rice Reveals What He Loves Most About Patriots’ Julian Edelman 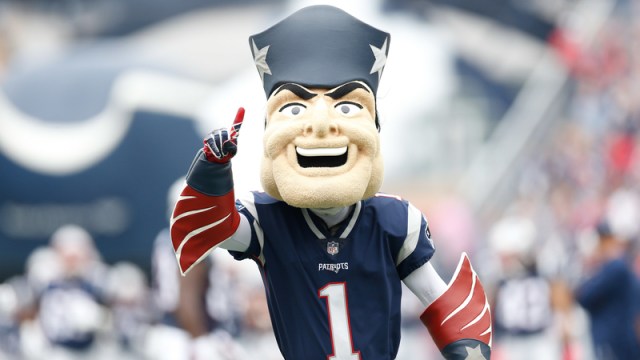