In the moments following the Cleveland Cavaliers’ loss to the Golden State Warriors in the 2017 NBA Finals, Cavs stars LeBron James and Kyrie Irving embraced in the hallway as ABC cameras rolled.

“We’ll be back. We’ll be back,” James can be seen saying to Irving as the two hugged before walking back to the Cavs’ locker room, James a few steps ahead of Irving who followed behind.

Two months later, after reportedly wanting to get out of James’ sizable shadow, Irving was traded to the Boston Celtics where a team of his own awaited, giving Irving his chance to be the man by carrying a team to the promised land without playing second fiddle to James.

?It was my time to do what was best for me in terms of my intentions, and that?s going after something bigger than myself, and obviously being in an environment that?s conducive for my potential,? Irving said at his introductory press conference in Boston. ?I think that statement is self-explanatory, because it?s pretty direct in terms of what my intent is, and that?s to be happy and be with a group of individuals that I can grow with.?

He added: “This was a very, very challenging decision at first, but after a while, you understand and you have that confidence in yourself to understand the magnitude of what you actually can accomplish and potentially can do with other great people”

A year and a half later, Irving is a few months from being able to test the free-agent market for the first time in his career, and Bleacher Report’s Ric Bucher is reporting Irving is genuinely open to the idea of joining James (and perhaps Anthony Davis) in Los Angeles.

Irving bolting Boston for Hollywood would be one of the biggest heel moves in sports history. If Irving cares about his legacy at all, he simply cannot leave Boston to rejoin James’ latest iteration of a superteam in La La Land.

What happened to the Irving who reportedly grew tired of being the “son” to James?

There’s no real reason not to believe the reporting of Bucher, a veteran NBA insider. Irving has also publicly stated his intention to re-sign with the Celtics. So we can’t completely persecute him for something that hasn’t happened or probably won’t even happen.

But, come on. Even considering a retreat to the safe shelter of James’ shadow is weak and actually doing it would be an all-time weasel move that would not only be criticized in Boston but across the basketball landscape. Leaving for the Lakers, the Celtics’ archrival mind you, would be going back on everything Irving said he wanted about having his own team and being the leader of men he fancies himself to be.

Doing so likely would come at the long-term expense of the Celtics. While that’s not Irving’s problem once he’s gone, how is it going to look for his long-term legacy if he bolts after just two seasons? Not to mention, if the Celtics can’t turn things around — it’s been a wildly disappointing season thus far considering expectations and star power headlined by Irving himself — he’ll be leaving after two disappointing seasons. Imagine if the Celtics fail to get back to the Eastern Conference finals with a healthy Irving, one year after coming within one game of the NBA Finals without an injured Irving?

After moving heaven and earth to get his way only to fall flat would be a horrible look.

Not only that, Irving would be going back on his own word.

“If you guys will have me back,” he said at a fan event in October, “I plan on re-signing here.”

Keep flirting with LeBron, and that first part might be as much in doubt as the second part.

Irving came to Boston hoping to escape James and start his own path to basketball immortality. He was looked at as the most important building block in getting Boston back to the promised land. He still has time to do it, and if he does, he’ll be revered forever in one of the greatest sports cities on the planet. That should satisfy even the hungriest appetite.

But leaving to again follow James with hopes of coming through in that conversation following the 2017 Finals — and he does it with the Celtics’ archrival — he’ll also cement himself as one of the biggest villains in a city that’s known just as much for holding a grudge as it is for embracing its heroes. 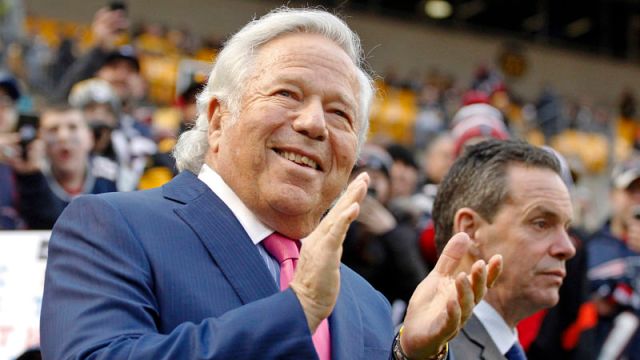 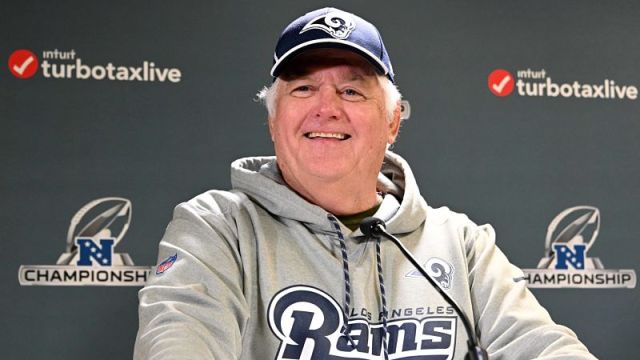