The New Orleans Pelicans star forward requested a trade Monday through his agent Rich Paul, and the Lakers, Boston Celtics, New York Knicks and others reportedly already are lining up to try and acquire the generational big man. Due to the NBA’s “Rose Rule,” the C’s are unable to trade for Davis until the summer unless they deal Kyrie Irving as teams are not allowed to have two players on rookie extensions on their roster at the same time.

While Davis’ full list of suitors isn’t known yet, ESPN’s Adrian Wojnarowski reported Tuesday, citing sources, that Paul and Davis are preparing to make it known to teams that the forward wants to wear Purple and Gold.

“multiple league sources expect the agent and star to soon deliver word throughout the league that Davis’ preferred destination is the Lakers and he’ll become a rental player until 2020 with a trade anywhere else.”

That would, in theory, limit the number of good offers the Pelicans receive and make LA’s package, which reportedly will include Kyle Kuzma, Lonzo Ball, Ivica Zubac and a first-round pick, more attractive to New Orleans.

The Celtics reportedly have long coveted Davis, and Ainge is “undeterred” by the idea of trading for Davis even “without assurances” he’ll re-sign, per Wojnarowski.

Boston’s trade package of young players and draft picks likely would trump the Lakers’ package, but Magic Johnson and Rob Pelinka reportedly will make a big push to acquire Davis before the Feb. 7 trade deadline in order to keep Boston from entering the market, per Wojnarowski.

Reports leaked Monday that Davis did not view Boston as a long-term home because of the uncertainty surrounding Irving’s future with the team.

There’s also the fact that Davis and LeBron James both are represented by Paul, James’ longtime friend, and two obviously are set on playing together at Staples Center.

Buckle up, this is just getting started.

What Still Gives Patriots Chip On Their Shoulder, Added Motivation 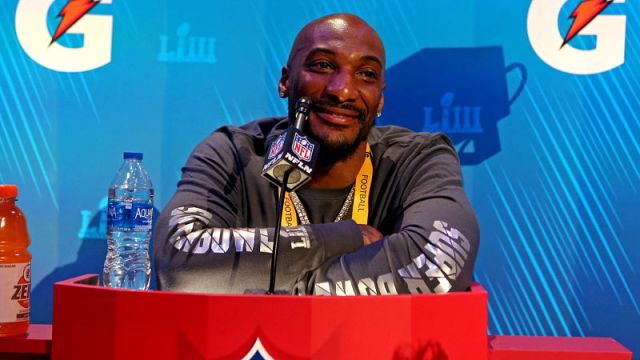