The hustle and bustle of the holiday season finally is behind us, which means the actual most wonderful time of the year is here: the NFL playoffs.

After a crazy end to the regular season, we’re onto the NFL’s second season with Wild Card Weekend, and it should be a doozy. Looking at this weekend’s schedule, we could have one of the best Wild Card Weekends in recent memory.

NESN.com’s Mike Cole, Ricky Doyle and Andre Khatchaturian are like the Baltimore Ravens, entering the playoffs with momentum when it comes to their against-the-spread NFL picks, and they’re hoping that can carry into the postseason.

Before getting into their wild-card picks, here’s how they fared last week (and for the season).

And here are their wild-card round picks with lines courtesy of OddsShark.com.

SATURDAY, JAN. 5
Indianapolis Colts at (-1.5) Houston Texans, 4:35 p.m. ET
Mike: Colts. It all comes down to the trenches for me here. I think Houston will once again struggle to protect Deshaun Watson who, according to Pro Football Focus, was pressured more often than any other quarterback in football this season. Indy, meanwhile, rebuilt its offensive line and Andrew Luck has benefited as a result. I also like this tidbit from WalterFootball.com: Quarterbacks making their first career playoff start as home favorites since 2002 are 4-13 against the spread (and 7-10 straight-up).
Ricky: Colts. Like Mike, I’m going with Indianapolis thanks to the disparity between the two offensive lines. And I’m not just talking about pass protection, where Houston ranks dead-last in sacks allowed (62) and quarterback sacked percentage (10.92) while Indianapolis ranks first in both categories (18; 2.72). Run blocking will be huge as both teams look for ways to establish balance offensively. The Colts’ O-Line (fourth in run blocking, per Pro Football Focus) is far better than the Texans’ O-Line (last in run blocking, per Pro Football Focus) in generating push up front, so Marlon Mack and Co. could have success on the ground despite Houston’s excellent front seven. That’ll open up some opportunities downfield for Pro Bowl wide receiver T.Y. Hilton, who’s torched the Texans in two matchups this season. The Colts also rank first in third-down conversion percentage and fifth in red-zone scoring percentage, whereas the Texans rank 20th and 28th, respectively, meaning Indianapolis is better-equipped to extend and finish drives.
Andre: Texans. Sure, Watson was sacked a league-high 62 times this season, but it didn’t impact his game. The guy hasn’t thrown an interception in six straight games, and he has 17 touchdowns to two interceptions while completing more than 71 percent of his passes over the last 10 games — all while getting sacked 37 times in that span. Meanwhile, Luck has been turnover prone, throwing 15 interceptions this season. That’s nearly one pick per game, and that’s not going to fly against a Texans defense that forced 29 takeaways (fourth in NFL) this season. The Texans also allowed 3.4 yards per carry (best in NFL), so if Indy can’t get the run going, expect plenty of pass attempts from Luck, which could lead to turnovers.

Seattle Seahawks at (-1) Dallas Cowboys, 8:15 p.m.
Mike: Seahawks. I’ll take the team that has a decisive quarterback/head coach edge. Pete Carroll and Russell Wilson have been here a lot and have had a lot of success. Meanwhile, Dak Prescott is making just his second career playoff start, while Jason Garrett is only 1-2 in the playoffs over nine seasons. Seattle might struggle to slow down Dallas’ pass rush, but establishing the running game could go a long way in neutralizing that attack. The Seahawks were 4-1 SU when Chris Carson got at least 20 carries this season, including a game-high 32 in a Week 3 win over the Cowboys.
Ricky: Cowboys. Again, I’m basing my pick on the big guys up front. Dallas’ offensive line hasn’t been quite as dominant this season, while Seattle’s O-Line has taken a step forward, but there’s still a sizable gap between the two units. That’ll obviously be crucial in a game where each team figures to lean heavily on its ground attack. The key for the Cowboys will be to start strong, allowing them to dictate the tempo and play to their strengths, particularly on offense. The Cowboys have won seven of their last eight games, scoring first in each victory — their lone loss was a 23-0 shutout in Indianapolis.
Andre: Cowboys. Prescott and the Cowboys are a completely different team at home than on the road. They finished 7-1 in Dallas this season and had the fifth-best yards per play differential at home this year. Prescott completed 72 percent of his passes and had 14 touchdowns to three interceptions at home. Seattle is a run-heavy team, but Dallas is excellent at stopping the run, allowing fewer than four yards per carry. The Cowboys also are good at limiting running quarterbacks, as they allowed just 3.43 yards per rush attempt to QBs this year. Seattle allows nearly five yards per carry, and that’s good news for Ezekiel Elliott. Dallas is 6-1 SU when Elliott rushes for more than 100 yards.

SUNDAY, JAN. 6
Los Angeles Chargers at (-3) Baltimore Ravens, 1:05 p.m.
Mike: Chargers. This line would have seemed insane no more than five or six weeks ago, and despite the Chargers’ ugly Week 16 loss at home to the Ravens, it’s hard to not believe they’re still the better team. Keep in mind the Ravens got a lot of good fortune (some of it earned, yes) in that game, starting two of their scoring drives at midfield. That probably won’t happen again this week. The Chargers also showed they can slow down Lamar Jackson on the ground (39 yards), and if they can make him actually have to throw the ball, they should be in a good spot. Jackson’s adjusted completion percentage was the second-worst in the entire NFL among QBs with at least 170 attempts, and he was especially bad against the blitz, an area in which the Chargers have had some success.
Ricky: Chargers. The Chargers played awful in these teams’ Week 16 matchup. And they still had a chance to win late before the Ravens scooped and scored an Antonio Gates fumble. Expect a much cleaner, more efficient day offensively for Los Angeles, which ranks first in yards per play differential on the road. Meanwhile, the Chargers’ athletic defense should have its way with Jackson, who has fumbled 12 times this season, including at least once in his last eight games. The Chargers allowed just one offensive touchdown — a 68-yard pass to tight end Mark Andrews — in these teams’ previous clash, as the Ravens kicked three field goals and benefited immensely from their late defensive score. It’s not like the rookie signal-caller carved up Los Angeles’ D.
Andre: Chargers. The Chargers don’t really have a home advantage, so being on the road might be a good thing here. They finished 7-1 away from the StubHub Center this season and had some key wins on the road against the Steelers and Chiefs. Jackson and the Ravens were excellent on the ground over the last seven games, but six of their opponents were the Bengals (25th in rushing yards allowed per play), Raiders (22nd), Falcons (28th), Chiefs (31st), Buccaneers (20th) and Browns (24th). As Mike mentioned, the Chargers did a good job of limiting Jackson on the ground in the first meeting, and they should be able to learn more about his tendencies after having game film on him now. Philip Rivers must clean up his act, though. He has six interceptions over the last three games. That said, I trust the veteran more than Jackson, who will be making his first career playoff start.

Philadelphia Eagles at (-6) Chicago Bears, 4:40 p.m.
Mike: Bears. Nick Foles has a 113.2 career playoff passer rating, which would be by far the best of all time if he qualified. That’s impressive, but here’s the thing: He’s never started a playoff game on the road. Now, he’ll have to figure out a way to solve the vaunted Chicago defense at Soldier Field, where the Bears went 7-1 SU, with six of those wins by a touchdown or more. I still don’t love Mitchell Trubisky, but if he just gets out of the way and lets the defense do its thing, Chicago should be OK.
Ricky: Bears. Not to take anything away from the magic act Foles continues to perform in the City of Brotherly Love, but let’s face facts: The Bears’ defense is downright scary, and this Eagles team, while talented and hot at the right time, simply isn’t as good as last season’s championship squad. Foles will have zero margin for error Sunday, a reality complicated further by the sore ribs he’s been battling this week. The Bears, who were an NFL-best 12-4 ATS this season, will tee off on the banged-up quarterback, likely leading to a few turnovers. Offensively, Chicago should rely heavily on its creative rushing attack to combat Philadelphia’s stout defensive front.
Andre: Bears. The Bears allowed just 6.3 yards per pass attempt this season (best in NFL) and 3.8 rushing yards per attempt. I don’t know how the Eagles will be able to move the chains against this crazy good Chicago defense on the road. The Bears also have the third-best turnover differential and the Eagles are 25th in the category. The Eagles were 30th in yards per carry. We might see a ton of pass attempts by Foles, which could lead to a few turnovers. 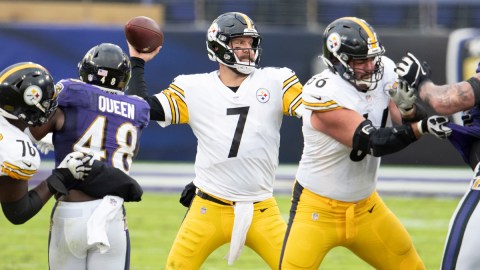 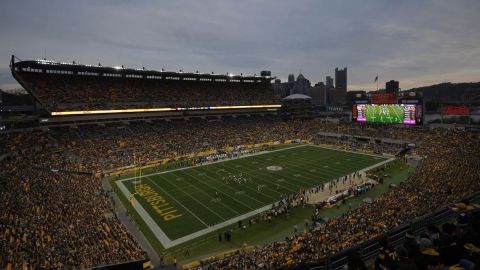